Earlier today, Huawei has officially announced during their official press event that latest Honor 8 flagship had already fetched a sales record of 1.5 million units since it was launched back in July this year. 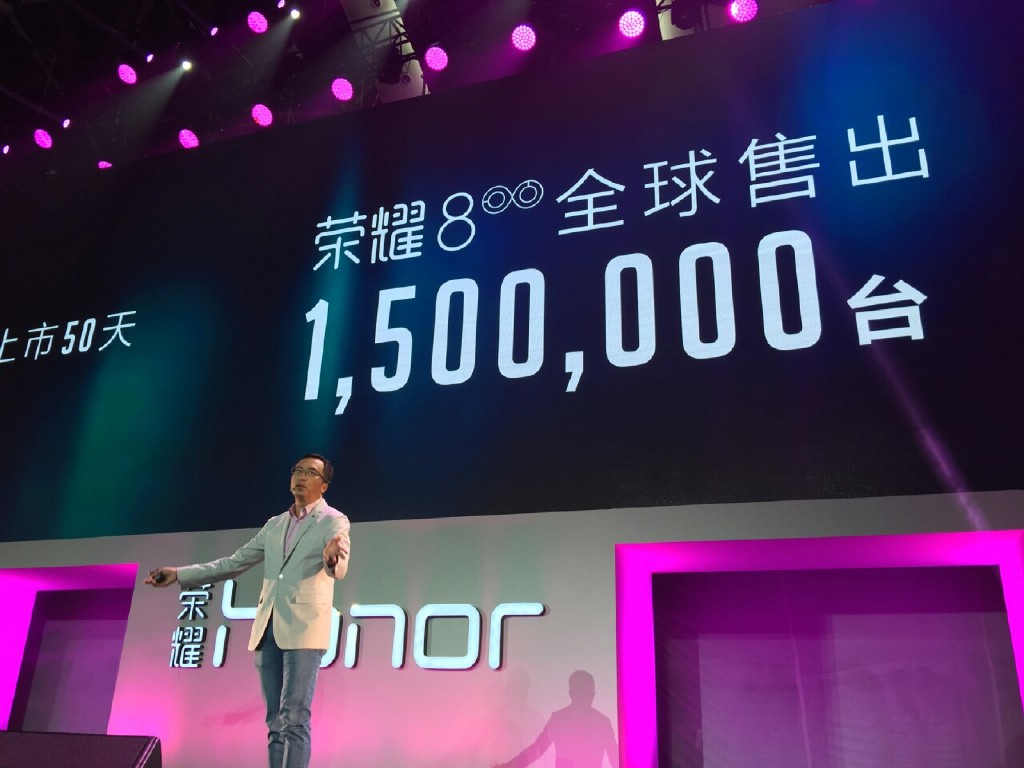 On the same occasion, Honor’s Vice President Zhao Ming also boasted that more than 100 million Honor’s handsets had been sold since the sub-brand was introduced 999 days ago. The popularity of the Honor series is no doubt, attributed by its value-for-money handsets which not only come with a rather affordable price tag, but also accompanied with a sleek-looking premium design with high-end hardware under the hood.

Surely, we do expect the sales number of the Honor 8 to rise even further given that the device was only recently launched in several new markets including the US and UK.