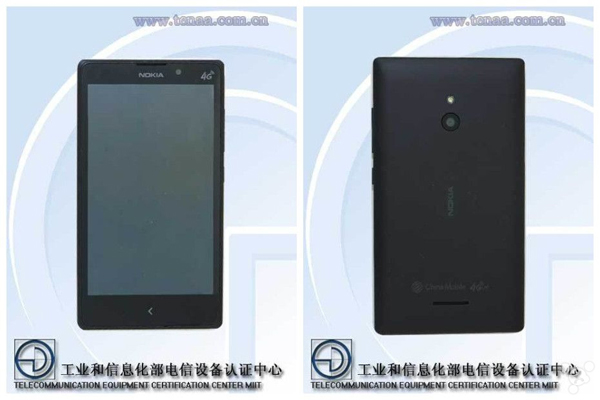 Looks familiar? Of course it does! The device above is none other than the Nokia XL which was announced back in February this year and now, it has been spotted at China’s FCC equivalent once again. Initially, the Nokia XL only supports up to 3G network but the version you see above will apparently support 4G LTE network as seen by the logo on the top right corner.

Since there is a ChinaMobile logo at the back of the device, it’s quite obvious that this model will be exclusively available to the carrier. According to the tipster, this device will come with the model number RM-1061 and should be available by the end of August. Sad to say, he doesn’t tell us whether will this device be available in other market or not. However, based on experience I think it will since this budget handset has been selling rather well in many markets including India.

This will probably be the last Android smartphone pending to be released by Nokia since the company has confirmed that they will not be developing smartphones based on Android OS anymore. That’s really a sad thing to hear to be honest.

Is this the unannounced Sony Xperia Z3X?