A new sketch of the Nokia 9 has appeared in Polished Blue color. As it can be seen in the image below, the forthcoming Nokia 9 flagship is expected to arrive with an edge-to-edge display and very slim bezels. The rear side of the smartphone also appears to be made up of glass.

The image shows that the Nokia 9 may not be coming with a full screen design as rumors had predicted. A vertically arranged dual rear cameras can be seen on the back panel of the smartphone and below it is the fingerprint reader. 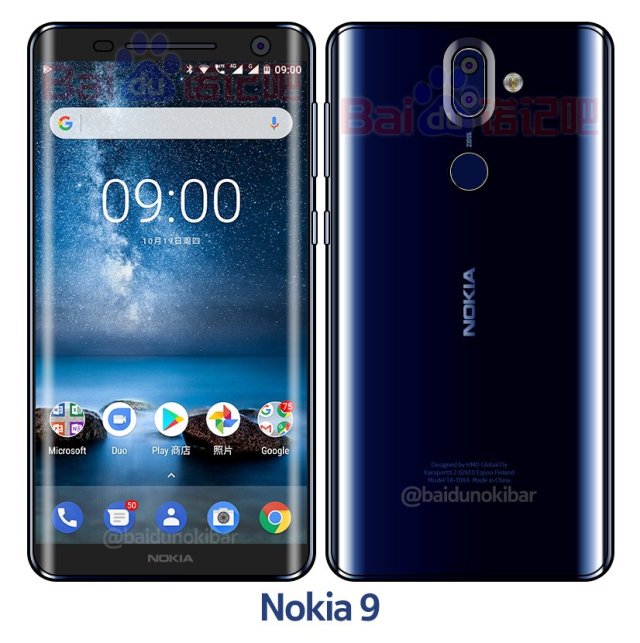 Rumors have revealed that the smartphone may sport an OLED screen of around 5.7 inches. Speculations have it that it may feature dual-lens from Carl Zeiss. It is expected to sport better dual rea cameras than the Nokia 8.

The Snapdragon 835 chipset is pegged to be present under the hood of the Nokia 9. It is likely to arrive in 6 GB and 8 GB RAM options along with a storage option of 128 GB. It is expected to arrive with an IP68 certified chassis and iris scanner.

There is no confirmation on the launch date of Nokia 9. Recent reports have revealed that the upcoming flagship would be priced around 749 euros ($877).

This Mysterious Device Could Be Xiaomi Redmi Note 5