Sony Xperia XZ2 is heavily speculated to get unveiled at the Mobile World Congress (MWC) 2018. Previous leaks have revealed that its model number is H8266. The very same model number has been also spotted on Geekbench with a performance that was found to be on par with the upcoming Galaxy S9. Today, the smartphone has appeared on AnTuTu benchmarking platform to reveal some of its key specs. 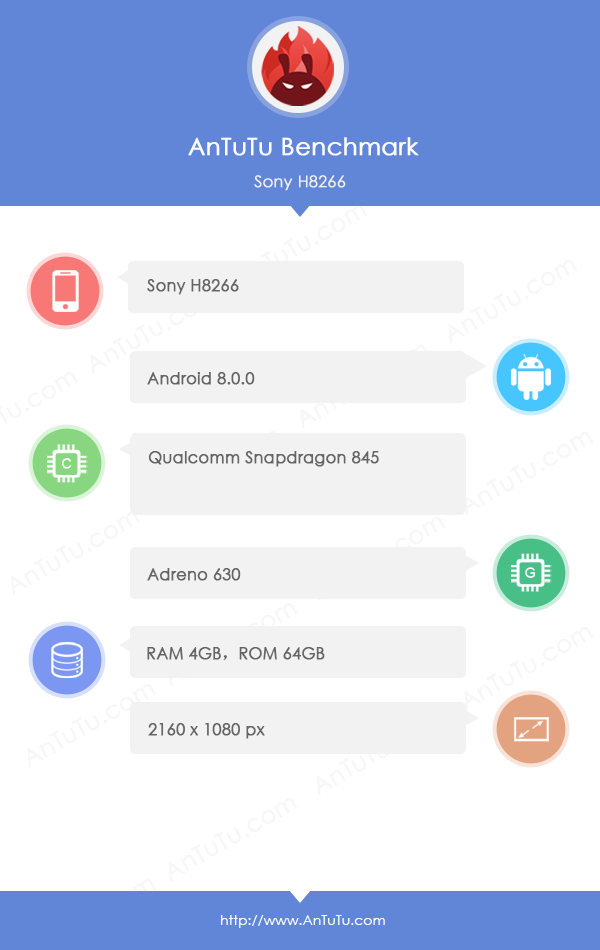 According to AnTuTu listing, the Snapdragon 845 chipset is present under the hood of the Sony H8266. The SoC is coupled with 4 GB of RAM. It is running on Android 8.0 Oreo and come with a native storage of 64 GB. The handset supports a screen resolution of 2,160 x 1,080 pixels which serves as a proof that it will be delivering an aspect ratio of 18:5.

According to earlier leaks, the upcoming Xperia XZ2 may arrive in two variants. Both the models are expected to arrive with a 5.48-inch display and IP65/68 certified chassis. The higher model is speculated to come with 6 GB of RAM and 128 GB of storage and a battery of 3,240mAh capacity. On the other hand, the lower variant is expected to feature 4 GB of RAM, 64 GB of storage and 3,210mAh battery.

Vivo’s Android 8.0 Oreo Update Will be Available to 7 Eight Devices