At the IFA 2018 tech expo in August, Honor had showcased the upcoming Honor Magic 2 flagship smartphone. The manual slider design totting smartphone boasted a screen-to-body ratio of nearly 100 percent. Moreover, the company had confirmed that it is equipped with features like 40W superfast charging and Kirin 980 chipset. Today, the Chinese manufacturer has officially confirmed through Weibo that the Honor Magic 2 will be announced on Oct. 31. 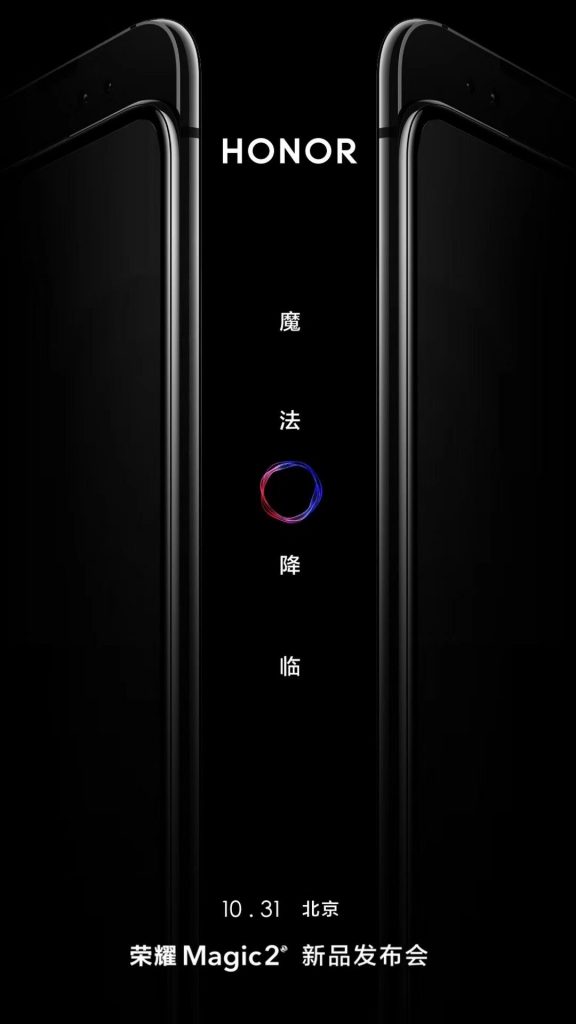 The Honor Magic 2 will be arriving as a successor of the original Honor Magic phone that was released two years ago. As mentioned above, one of the major attractions of the Honor Magic 2 is its manual slider design which means it won’t feature motorized system found on Vivo NEX and Oppo Find X. The sliding mechanism will be bundled with various AI functions. The handset is also expected to feature an in-screen fingerprint scanner. It will be the first smartphone ever to feature a graphene-based battery.

As of this writing, there is no information available on the other specifications of the smartphone. Since the company has confirmed that the handset will be debuting on Oct. 31, its images and specifications may soon surface on TENAA.