Earlier today, the highly anticipated Honor Magic has already been listed via Chinese retailing giant JD.com ahead of its official unveiling on December 16th this week. 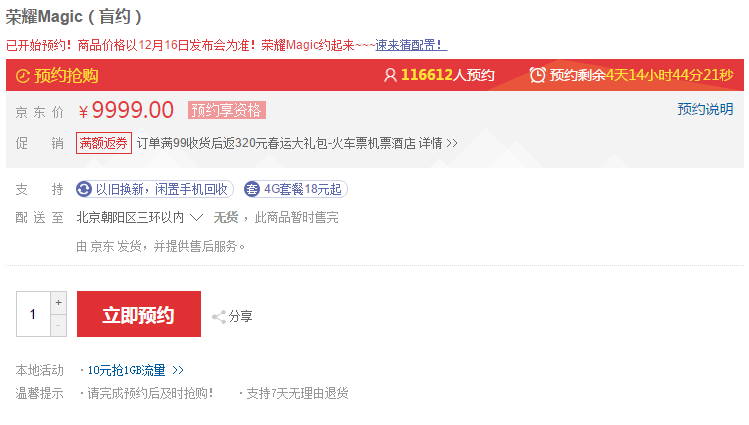 Shortly after it was listed, more than 100,000 registrations had been made for its first flash sale which will be revealed probably during the launch event itself.

Right now, there still isn’t much information on its specifications although the company has already dropped some hint that the device could be featuring a near benzel-less display similar to the Xiaomi Mi Mix. Likewise, the Honor Magic is also likely to be premiering Huawei’s new fast charging technology onboard as well.

With just 4 more days before its unveiling day, we do expect more rumors on the device to flow in for the next few days so stay tune for more updates!

Oppo R9S will soon be available in Red as well