Yesterday, Oppo just sent out their press invitations for their upcoming Oppo R9S launch event which will be held on October 19th.

Today, its Huawei’s turn to embark on their invitational regime as the company has already sent out press invites for the launch event of their new Honor 6X mid-ranger, which will occur on October 18th. That’s exactly a day before the Oppo R9S became official. 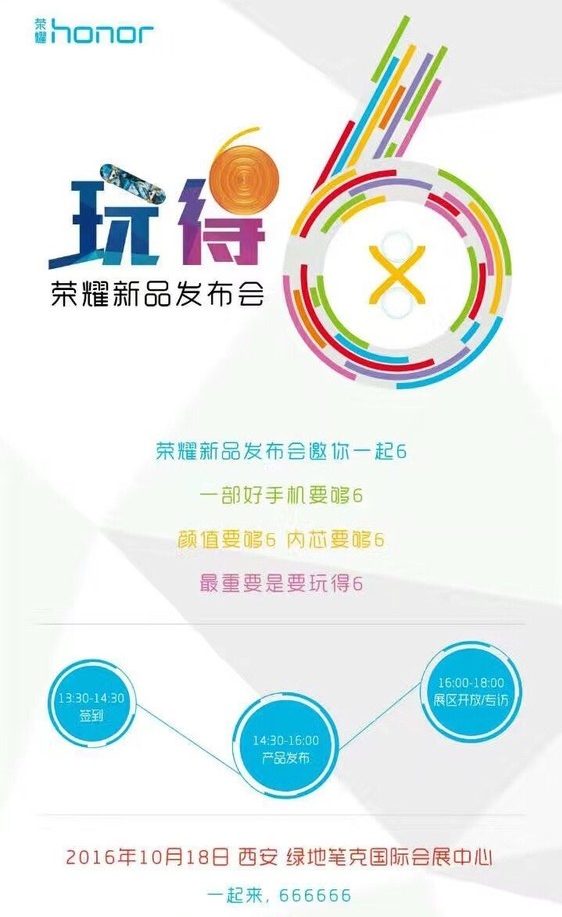 According to its TENAA listing, the Honor 6X will be sporting a 5.5″ display (probably with a FHD resolution), Kirin 650 SoC, 3GB of RAM, 32GB internal storage, 12 megapixels dual-rear camera, 2 megapixels front-facing snapper, as well as a 3,340mAh battery to keep its lights on.

As revealed by TENAA, we do believe that the Honor 6X will be coming with a metallic chasis this time round. A fingerprint sensor will also be embedded at the back of the device, slightly below its camera compartment.

From what rumors have been suggesting, the price of the device is believed to be around the region of 1,000 Yuan (~$200).

Live images of unannounced Xiaomi 5C have been leaked