The Huawei Honor 8 which was announced back in July 11th had crossed the 5 million registrations mark in less than 4 days after its official debut.

This much anticipated handset is one of the few Huawei handsets to feature a 12MP dual-camera setup as well as a 2.5D curved display with a seamless border which makes swiping gestures much easier. 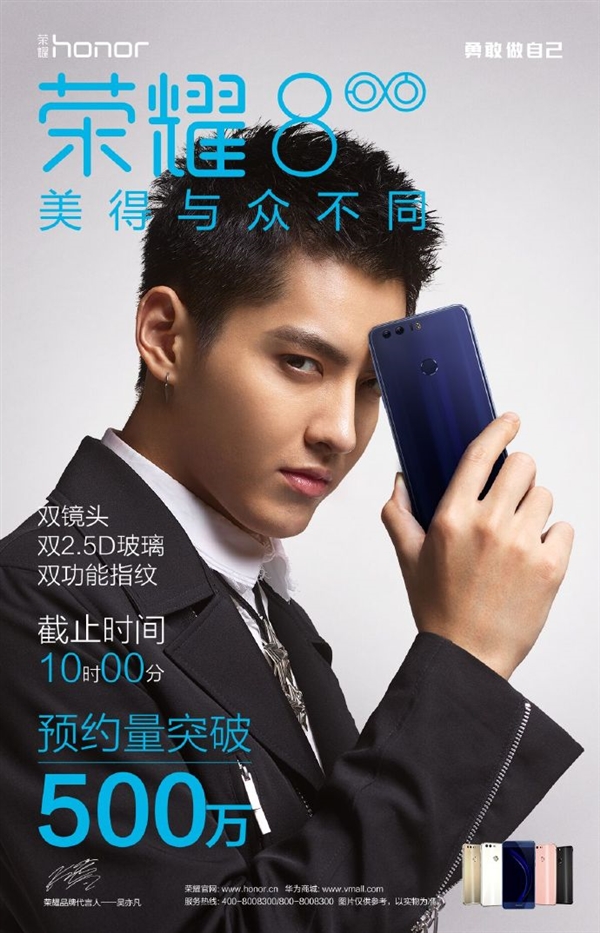 No doubt, this will be a perfect device to substitute the P9 if you do not need all the high-end features that the device offer. Let’s wait and see if the Honor 8 will be able to beat the Nubia Z11 in their first opening sales!