In recent times, there has been a couple of rumors and speculations regarding the upcoming Honor Note 10. We have seen a couple of renders of this device but today, a real image of this smartphone surfaced online and it was been compared to a Nintendo Switch. The most attractive aspect of this image is its superslim design which makes you wonder if this device has a battery at all, of course, it does. 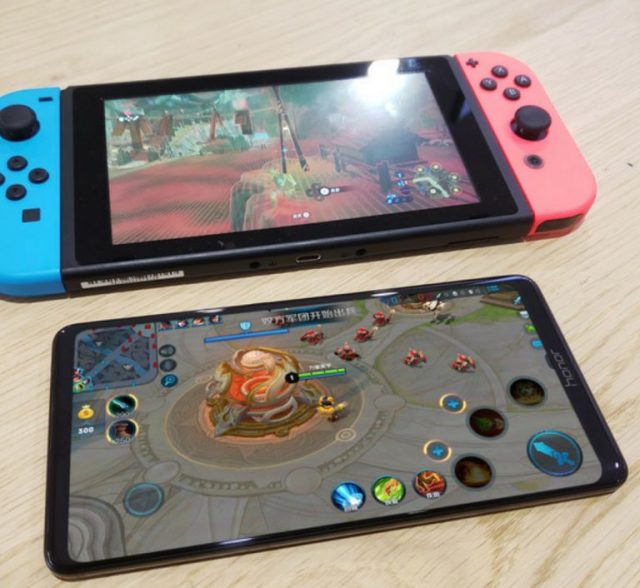 The Nintendo Switch which was used as a scale in the image has a dimension of 238.7 x 101.6 x 14mm but the width and thickness of the Honor Note 10 are far lower. This phablet is expected to come with a 6.9-inch display with ultra-thin bezels and an 18:9 aspect ratio. It does not have any physical keys and it feels good to see that Honor is taking away the notch on this one.

According to previous rumors and speculations, the Huawei Honor Note 10 will be powered by a Kirin 970 SoC coupled with 6GB of RAM clocking 1.84GHz. This phablet will run on EMUI on top of Android 8.1 Oreo and we expect to see GPU Turbo out-of-the-box. This device has appeared on Geekbench and Jingdong thus its launch is probably close but so far, the rumored July 26th launch date has not been confirmed by the company. We will have to keep our fingers crossed and watch as events unfold.

Huawei has shipped more than 100 million smartphones this year