A new teaser released by Huawei earlier today has confirmed that the upcoming Huawei Nova 2 and Nova 2 Plus will also be available in Obsidian Black, apart from the Blue, Green and Pink hues which had already been spotted in the past few weeks. 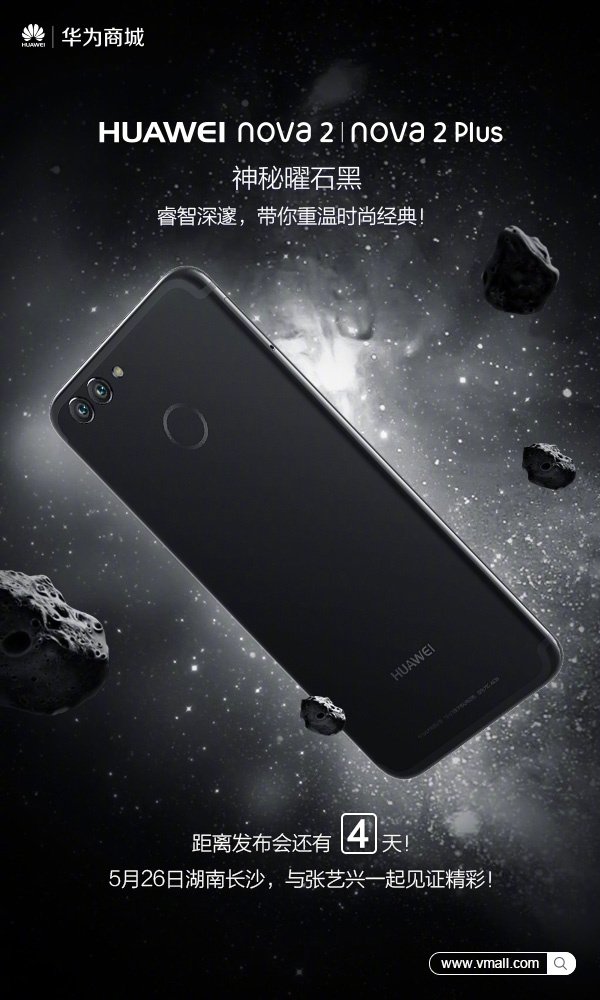 Even though the device had been set for a May 26th unveiling date, but the Chinese smartphone giant isn’t coy on revealing its design prior to the official announcement this time round as the new teaser give us an absolute view of its rear chassis in full glory. On the first look, the back of the Nova 2 may look rather similar to the Honor 8 – featuring a dual-camera setup along with a LED flashlight at the right of it. Slightly below the camera compartment, there is also a finger print sensor for improving the device’s security.

If rumors are true, then we can expect the Huawei Nova 2 to come with a monstrous 20MP front-facing camera which is paired with a 12MP+8MP dual-camera sensor at the back.