The Kirin 980 is the next flagship phone from Huawei. The SoC is expected to go official at the upcoming IFA 2018 tech trade show. Couple of screenshots of what appears to be taken from a benchmarking app have surfaced today. The new screenshots have revealed all the key information about the Kirin 980 SoC. 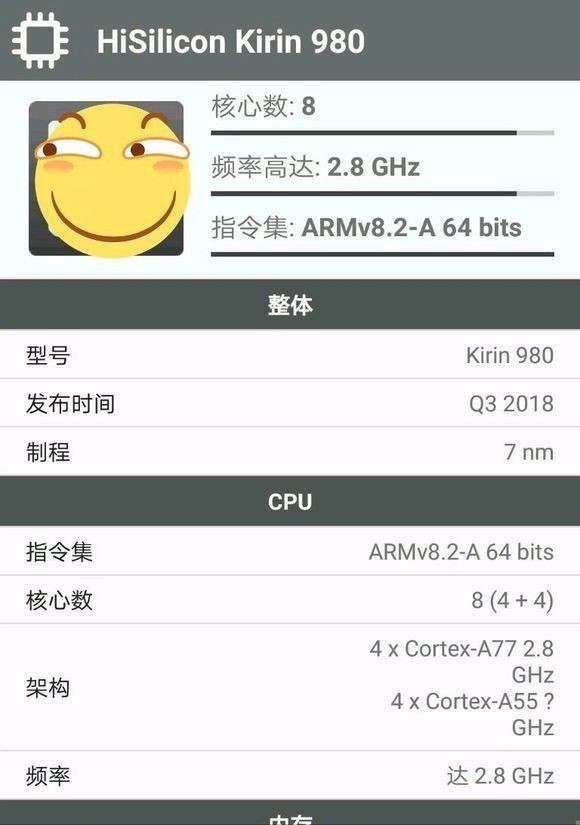 The 7nm Kirin 980 is an octa-core processor features 4 cores of Cortex A77 that clocks at 2.8 GHz and 4 cores of Cortex A55 with unknown processing speed. The new SoC from Huawei can deliver a maximum clocking speed of 2.8 GHz. Previous rumors had claimed that Huawei may pack its first ever home-brewed GPU inside the Kirin 980. However, the screenshots reveal that the company has settled for Mali-G72 MP24 graphics. It is 24-core graphics processor compared to 12-core GPU found inside Kirin 970. 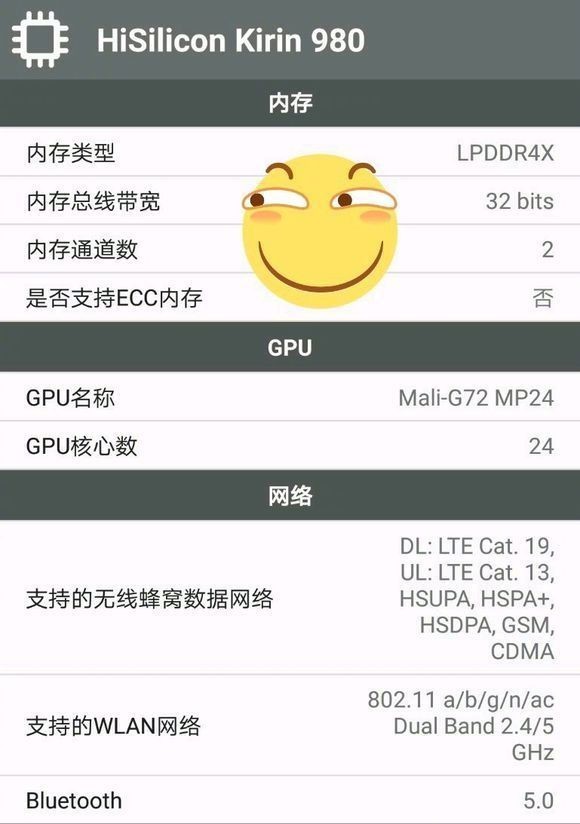 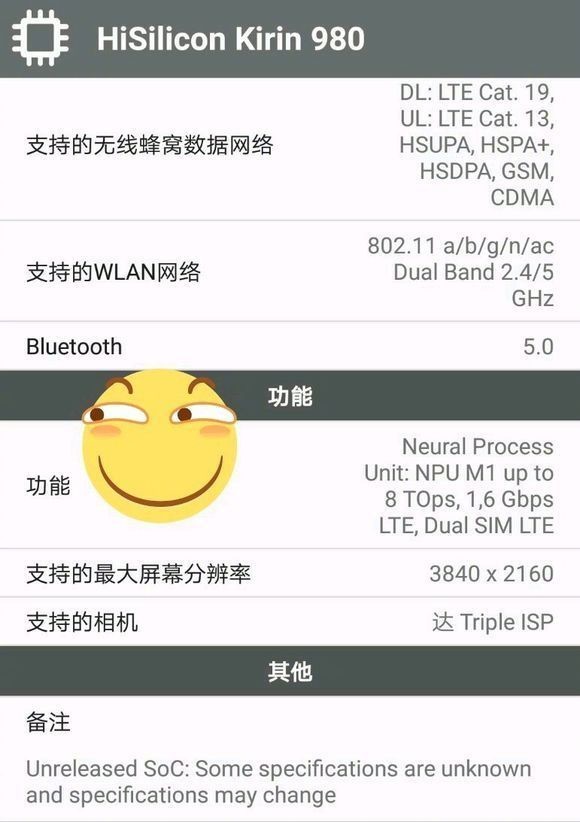