Huawei has announced the Kirin 980 as the world’s first 7nm chipset. It has arrived as the successor of the 10nm Kirin 970 SoC that powered various flagship phones from Huawei and Honor that were released in Q4 2017 and this year.

The Kirin 980 SoC features four cores of Cortex A76 out of which two are for high-performance and other two are for power efficiency. The remaining four cores of low power Cortex A55. Huawei did not declare the clocking speeds of Kirin 980, but it confirmed they are higher than Kirin 970.

The SoC includes Mali-G76 graphics that was announced earlier this year.  Compared to Kirin 970, its successor offers 37 percent better performance. Also, it is 40 percent more power efficient than 10nm chipsets. It carries support for 2133 MHz LPDDR4X memory and comes with dual NPU chip for handling AI tasks. The dual NPU chip is dubbed as Dual Brain Power and it is 120 percent faster than the NPU chip that came with Kirin 970. It is the world’s chipset to Cat. 21 LTE modem that supports up to 1.4 Gbps download speeds. It is also the world’s chipset to support Wi-Fi connection that supports maximum speeds of 1.7 Gbps. It also equipped with dual ISP. 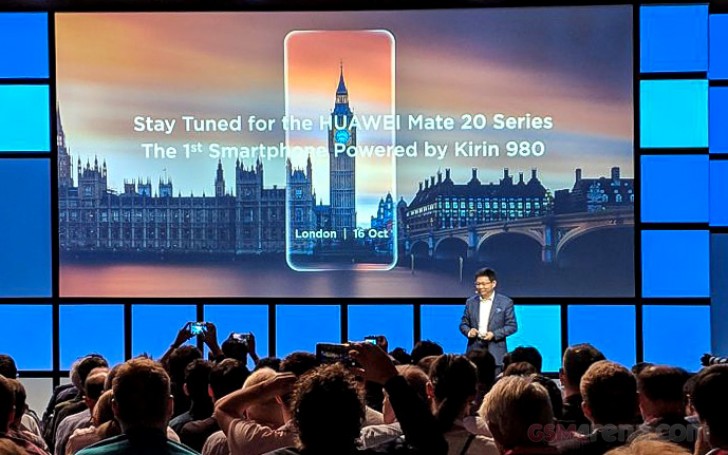 Last but not the least, the Kirin 980 will be first seen on the Mate 20 and Mate 20 Pro smartphones. Huawei has confirmed that the Mate 20 duo will be debuting on Oct. 16.

BlackBerry Key2 is now available for purchase in Singapore