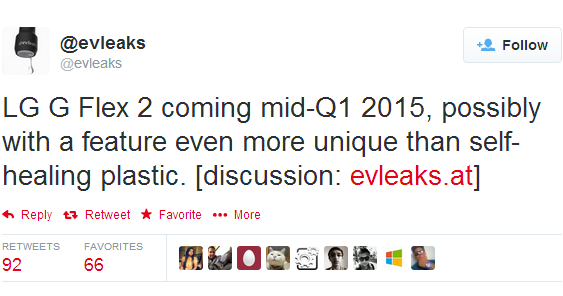 According to renowned leaker @evleaks, the LG G Flex 2 will only be announced during mid-Q1 next year. The LG G Flex 2 is the successor of the LG G Flex flagship released back in 2013 and is the first Android smartphone to be coming with the OLED display.

Initially, rumors have been speculating that the G Flex 2 will be announced somewhere during Q4 this year, but it doesn’t seems like this will happen anymore. We’re not sure why its release date was pushed back though there are reports claiming that LG is prepping several other mid to high-end smartphones to be unveiled later this year.

How to root Nokia XL in less than an hour