A leaked poster showing the design of the LG G7 was reportedly spotted in one of the computers at LG’s booth during the Mobile World Congress (MWC) 2018 tech expo that was held in the last month. The handset shown in the image resembles with the G7 phone that was seen in a leaked video that had also surfaced from MWC 2018.

As it can be seen in the image, the side bezels of the phone are almost non-existent. There is notch like the iPhone X at the top while the bottom bezel is slightly thick. The backside of the phone has a vertically arranged dual rear cameras and below it is the fingerprint scanner. Below it is the B&O logo for Bang & Olufsen which indicates that there may be specially designed earbuds for the smartphone. 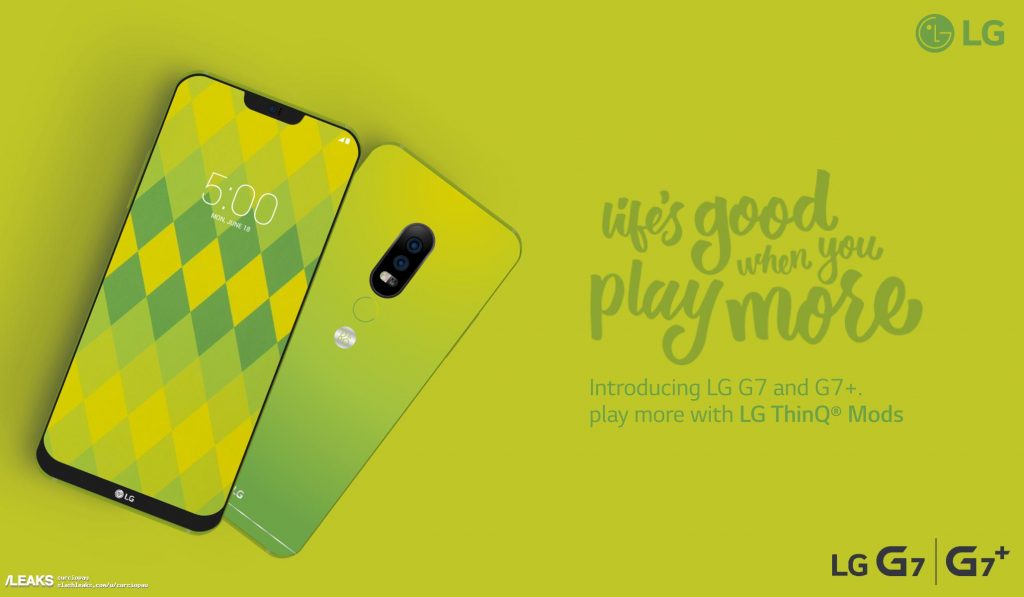 The text that is present on the poster reads “play more with LG ThinQ Mods.” This suggests that the handset may carry support for some sort of modular accessories. Recent reports have claimed that the South Korean company may announce the LG G7 at the end of next month and make it available for buying by May.