The much anticipated Moto E3 Power has officially went on sale in Hong Kong starting today at an affordable price of just HKD1,098 (~$142).

As its name suggest, the Moto E3 Power is an upgraded version of the newly announced Moto E3 handset. Design-wise, it is indistinguishable between these two devices which probably took the design que from the Moto G4 Play. 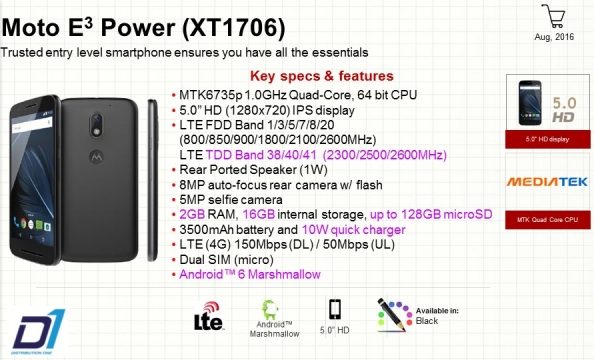 Akin to the Moto E3, the E3 Power will come with the same 5″ HD front panel which is powered by a 1.0GHz quad-core MTK6735 SoC along with 2GB of RAM and 16GB internal storage. At its camera compartment, there is a 8MP auto-focus front snapper paired with a LED flashlight slightly below its lens. For those who enjoy taking selfies, you would be glad to know that the device also come with a 5MP front-facing camera this time round. 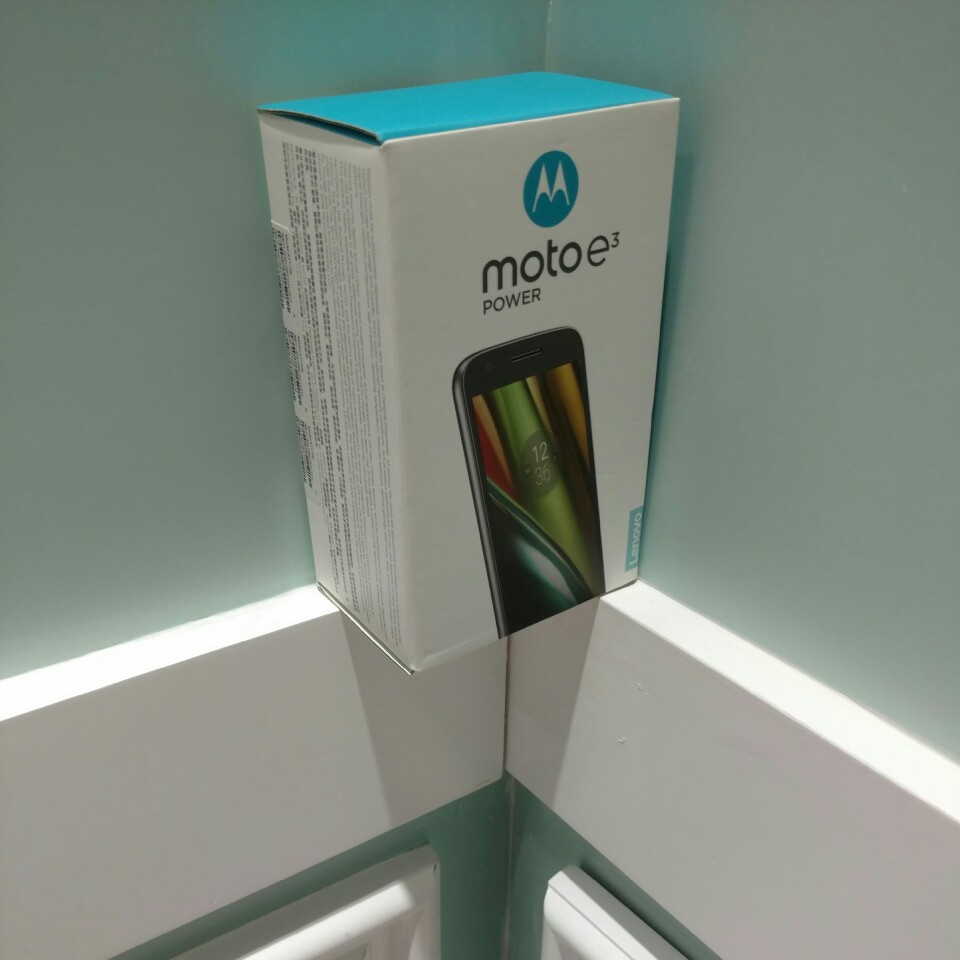 No doubt, a major plus point for the Moto E3 Power is probably its 3,500mAh battery capacity which is a massive upgrade from the 2,390mAh battery found in the second generation’s Moto E3. For the Hong Kong variant, the device do support dual-SIM (micro) but sad to say these dual-SIM models are available only in select countries. Before we forget, the Moto E3 Powerwill run on Android 6.0 Marshmallow out of the box.

Currently, there is still no official words from Motorola on when this device will be shipped to other markets.

Thanks Lam for the tip!

Insync is the most powerful Google Drive client ever built. Buy @insynchq & we both get $5
http://bit.ly/2bY8jYL