Its been only six months since the launch of Moto G6 series and the rumor mill is now spilling information on the successor models. Fresh renders of the Moto G7 and Moto G7 Plus smartphones have surfaced to reveal their design. 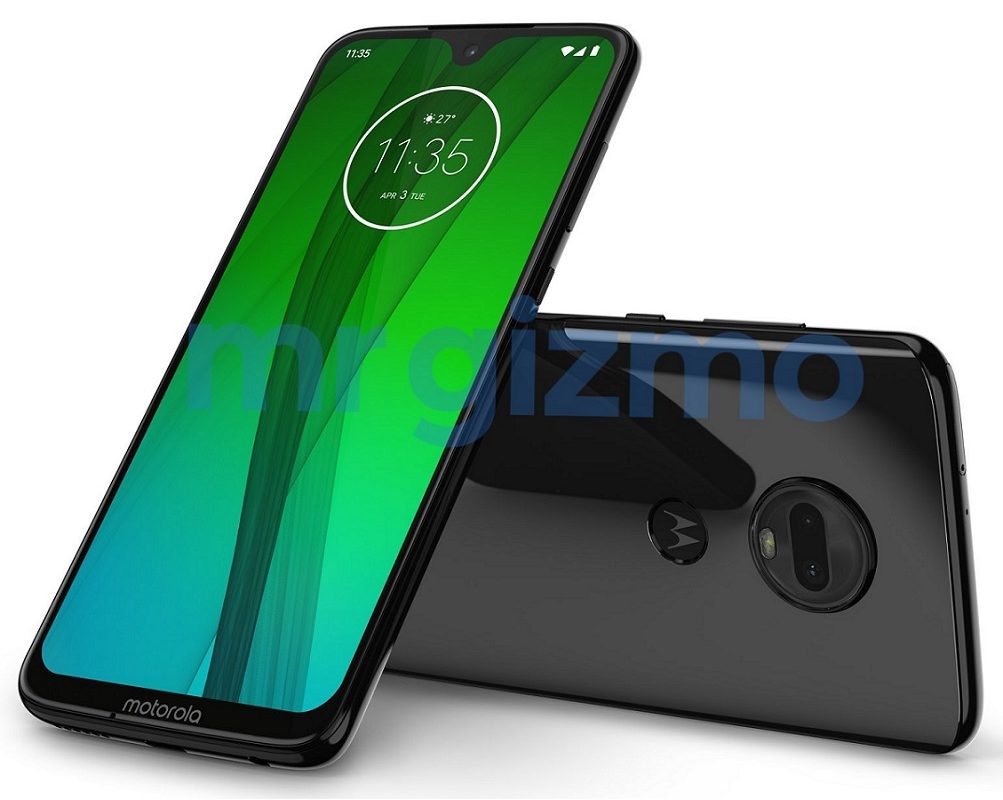 The Moto G7 and G7 Plus phones are equipped waterdrop notch screens. The lower bezel is quite thin, but features the branding of the company. The new display design allows both phones to offer higher screen space. The backside of the phone is fitted with a dual camera system placed inside a round-shaped module. The Moto batwing logo is present below the dual camera system. It is embedded with a fingerprint scanner. The appearance of both phones is almost identical.

Oppo A7 is Now Official in Multiple Markets