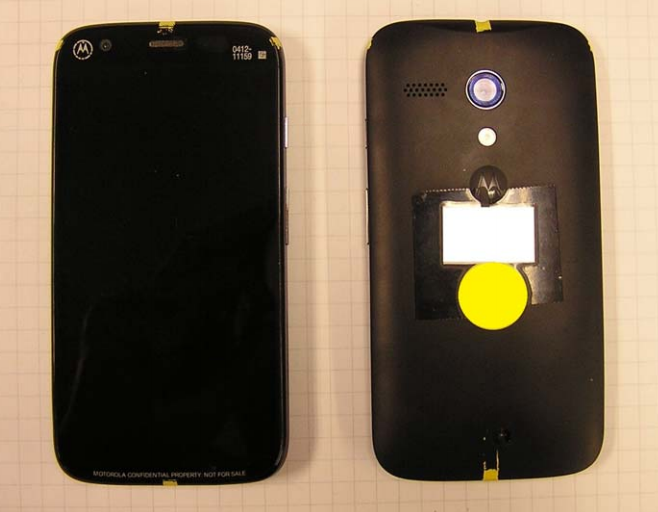 If you’ve been following the news for the past few weeks, then you should have read somewhere that Motorola will soon be releasing a budget version of their Moto X flagship – dubbed as the Motorola DVX. Today, we’re finally able to catch a glimpse of the device itself from the official FCC documents. As expected the Motorola DVX seems to be an actual clone of the Moto X, except its slightly flatter and somehow less exclusive looking than the Moto X.

Like the Moto X, the Motorola DVX may also be enrolled to the Moto Maker Customization program depending on the carrier. According to rumors, Republic Wireless will begin offering the device as soon as October next month. Till now, there is still no news on its specifications but its rumored to come at with a price tag of around $450.

If you’re interested in the Motorola DVX, then stay with us for more updates!

Related : How to root the Moto X without unlocking your bootloader

Verizon HTC One receives a new update but its not Android 4.3