Nokia 6 (2018) has recently received certification from China’s regulatory body called TENAA. HMD Global has officially confirmed that the smartphone would be debuting on January 5. 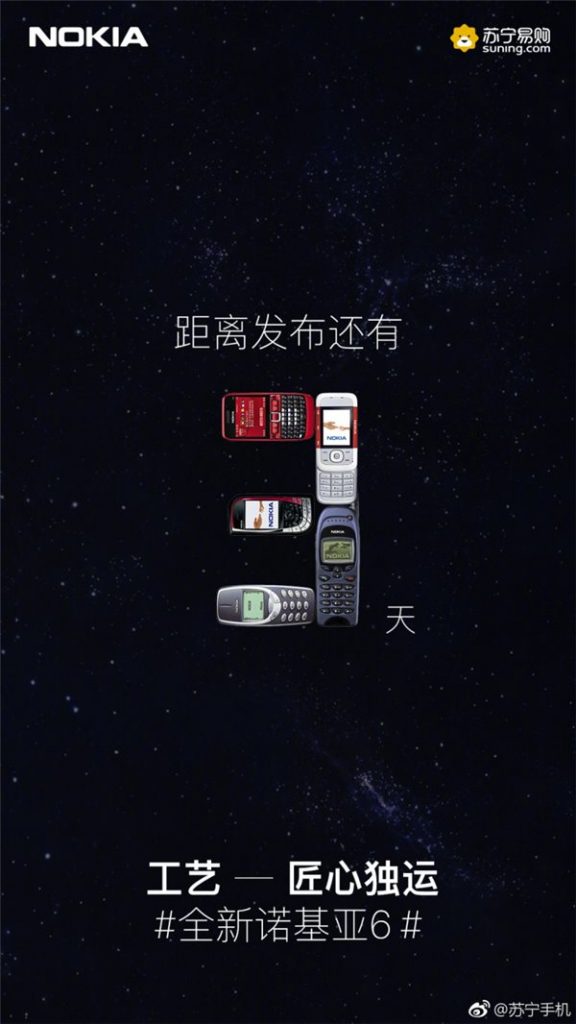 Nokia 6 is the first Android phone from the company had debuted in December 2016 in China. Its global edition was revealed to the world through the Mobile World Congress (MWC) tech exhibition event in February 2017. According to the TENAA listing of the Nokia 6 (2018), it will be arriving as the first Nokia phone with full screen design.

The Nokia 6 (2018) is expected to house a 5.5-inch display that will support an aspect ratio of 18:9 and screen resolution of 1080 x 2160 pixel. The Snapdragon 630 chipset is speculated to power the 32 GB and 64 GB models of the phone. Both the storage variants are expected to feature 4 GB of RAM. It will be featuring a hybrid dual SIM slot through which the users will be able to add a microSD card.

The Nokia 6 (2018) will have a 3,000mAh battery. It is expected to feature the same 16-megapixel rear camera and 8-megapixel frontal camera that is available on the original Nokia 6.  It will be coming in color choices like Black, White and Blue.

Meizu M6S get spotted in another round of leaks