An official Xiaomi teaser poster has appeared on Weibo, and it concerns the Xiaomi Redmi Note 4X that had appeared and became TENAA-certified about a month ago. The Redmi Note 4X renders had also appeared previously, revealing a device which isn’t just a touched up version of the Redmi Note 4 but a completely overhauled device having its own identity. 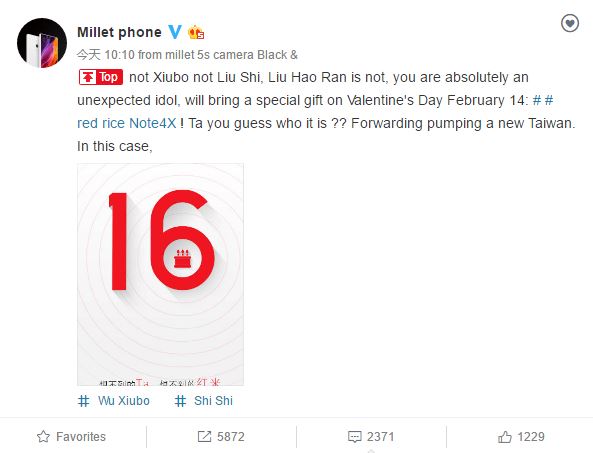 The Weibo post, accompanied by a poster with the number 16 as its main highlight, also contains a few other details. One of the details is that the company would be announcing a new celebrity spokesperson on the 8th of this month who will deliver a special gift on Valentine’s day (February 14). The presence of the number 16 on the teaser could be an indication that the Redmi Note 4X, which was also mentioned in the post, could be launched on February 16. After all, Xiaomi is very good with teasers laced with clues for fans to decode. 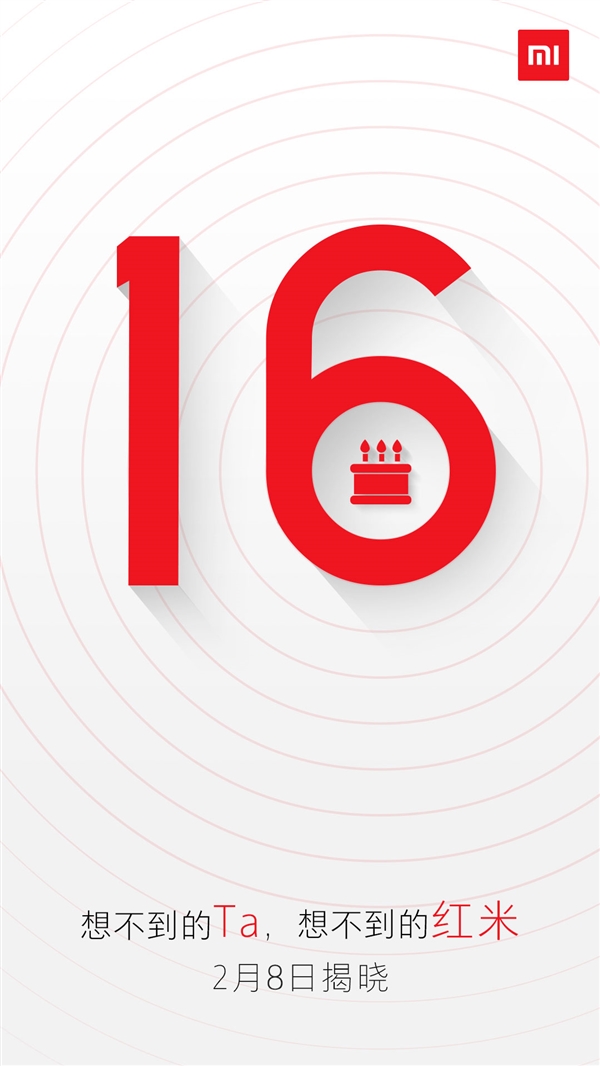 If actually the Redmi Note 4X would be meeting with on February 16, it should be borne in mind that the device is said to feature a 5.5-inch 1080 pixels display and would be powered by a Snapdragon 653 processor. The device will likely come in two memory version of 4GB RAM + 32GB of storage and 4GB RAM + 64GB of storage and keeping the lights on is a 4,000mAh battery. The Redmi Note 4X, as with other Redmi series smartphones, is expected with a cheap price tag.