The OPPO R11S Plus which was announced alongside the OPPO R11S earlier this month is finally going on its debut sales in China starting today. Although the duo was launched on the same day, but only the R11S is available for purchase previously. 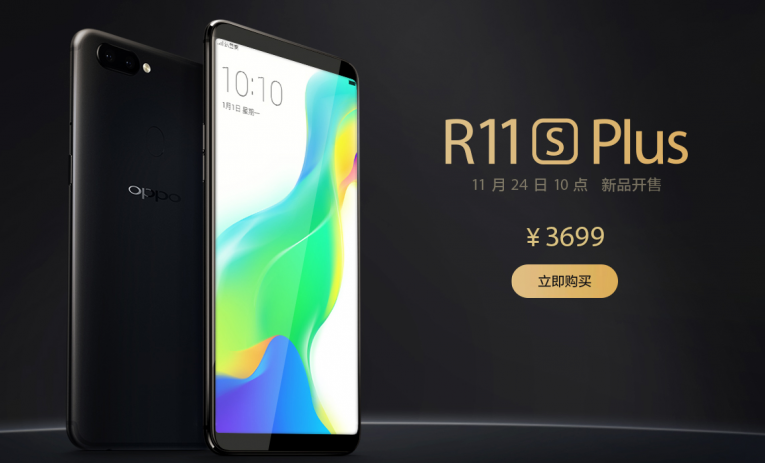 For those interested, the OPPO R11S Plus will be coming with a price tag of 3,699 Yuan ($562) and is available in two color options namely Black and Champagne. Of course, with the release of the OnePlus 5T, its literally harder to decide between this two units given that the former only cost even cheaper than the R11S Plus and is definitely more powerful in terms of performance. However, camera-wise the R11S Plus definitely flairs better in this aspect so it boils down to what you really need from your smartphone.

Here is a quick roundup of the R11S Plus specs sheet. On the front, the device comes with a mammoth 6.43-inches 18:9 AMOLED display with 1080 x 2160 pixels screen resolution. Under the hood, it is powered by a Snapdragon 660 SoC along with 6GB of RAM and 64GB internal storage space. On its rear, it comes equipped with a 20MP+16MP dual-camera setup which is paired with another 16MP selfie cam located at the front. To keep its lights on, there is also a 4,000mAh non-removable battery which promises hours of continuous usage.