Nubia has confirmed that it will be releasing the Nubia Red Magic Mar RNG 6th anniversary edition smartphone. The handset will be equipped with 8 GB of RAM and 128 GB of native storage. 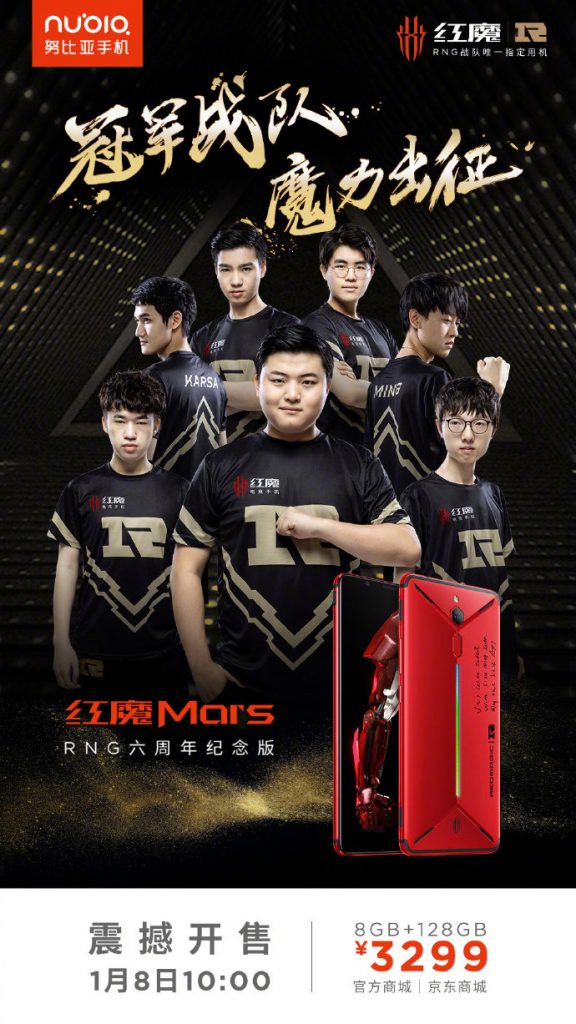 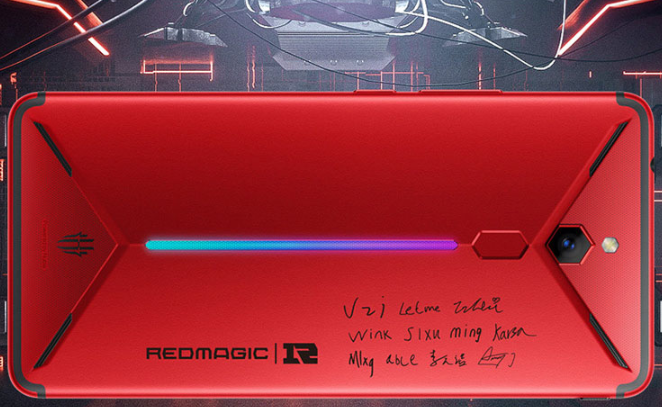 Apart from 8 GB RAM and 128 GB storage specs, the Nubia Red Magic Mars RNG 6th Anniversary Edition features the same specs as its regular version. The signatures of the League of Legends players such as Karsa, Sixu. Wink, Ming and others are present on the rear side of the phone. The special edition phone is available in Flame Red color. As of this writing, the handset is available for reservations.

The Nubia Red Magic Mars features a 6-inch display that supports full HD+ resolution and 18:9 aspect ratio. The Snapdragon 845 chipset powers the phone. It has a rear camera of 16-megapixel and an 8-megapixel front camera. It is packed with a 3,800mAh battery.