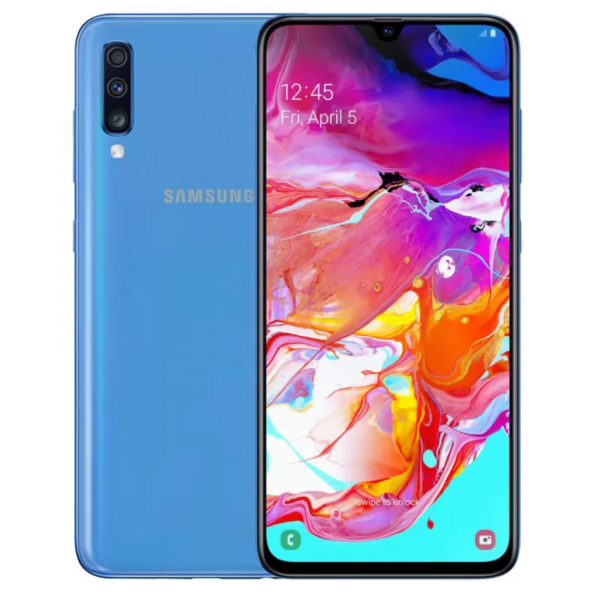 The Samsung Galaxy A70 is a upper mid-ranger Android smartphone announced back in March 2019. The device features an extremely sleek design with powerful specs under the hood – making it a perfect substitution for those who do not need those high-end specs from Galaxy S or Note series.

The Samsung Galaxy A70 arrives with a 6.7-inches Super AMOLED display with 1080 x 2400 pixels screen resolution and a 20:9 tall aspect ratio which boast an incredible 86% screen-to-body ratio.

Under the hood, the Galaxy A70 is driven by an octa-core Snapdragon 675 SoC alongside 6GB/ 8GB of RAM and 128GB internal storage space in its memory compartment. Moving on to its camera, the device comes equipped with a triple-camera setup on its rear chassis which comprises of a 32MP (f/1.7 aperture) main snapper, an 8MP (f/2.2 aperture) ultrawide angle lens and a 5MP (f/2.2 aperture) depth sensor. On its front panel, its waterdrop notch houses a 32MP (f/2.0 aperture) selfie camera.

In terms of software, the Samsung Galaxy A70 runs on the OneUI based on Android Pie. A massive 4,500mAh non-removable battery is available under the hood to support hours of entertainment on the go. For those who’re interested, the device will be available in four color options including, Black, Blue, Coral and White.