Samsung is rumored to debut the 2018 edition of Galaxy A phones in a month or two. Earlier reports have claimed that the SM-A530F and SM-A730F smartphones may respectively debut as Galaxy A5 (2018) and Galaxy A7 (2018). However, recent reports have suggested that Samsung’s updated its market strategy for its Galaxy A phones because of which the aforementioned smartphones may arrive in the market as Galaxy A8 (2018) and Galaxy A8+ (2018). Two images that have surfaced recently suggest that the Galaxy A8+ (2018) does exist. 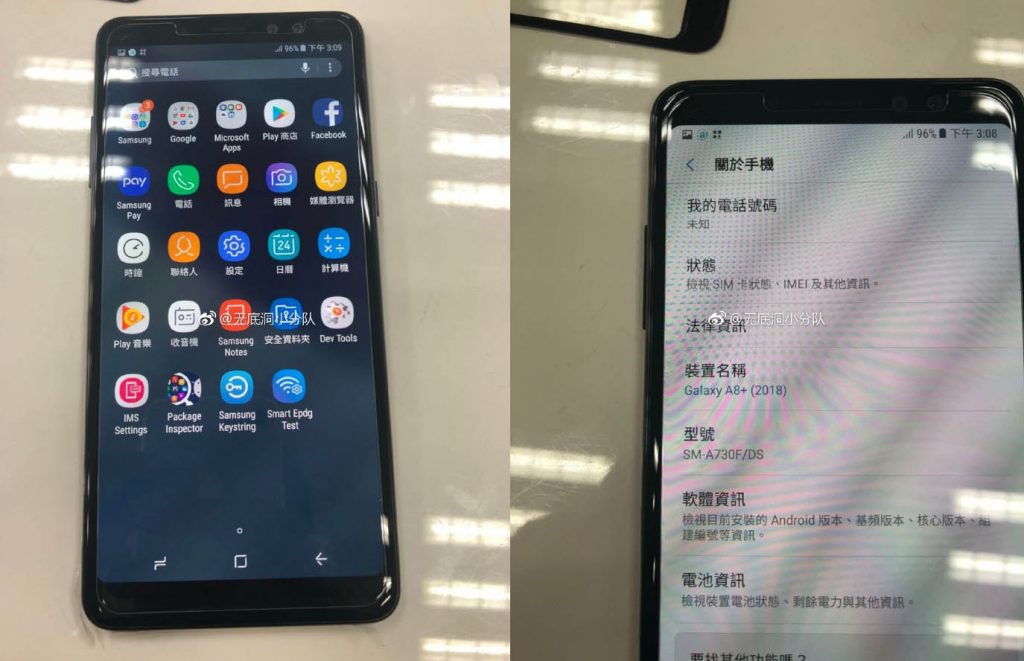 As it can be seen in the above images, the Galaxy A8+ (2018) moniker can be found listed in the “About Phone” page. If the Galaxy A8+ (2018) exists, there is a possibility that there will be a regular variant with Galaxy A8 (2018) moniker. The front view of the phone shows that it has an Infinity Display like the Galaxy S8, Galaxy S8+ and Galaxy Note 8. Rumors have it that it may feature a 6-inch S-AMOLED display that will deliver an aspect ratio of 18:9, and not 18.5:9 as seen on Galaxy S8 duo and Note 8.

It is speculated to feature dual front cameras. The back panel of the phone may feature a single camera and a fingerprint scanner that is placed below it.