After making its appearance at Geekbench, the upcoming Galaxy C9 has arrived at AnTuTu earlier today as well – with some of its key specs revealed in the listing. 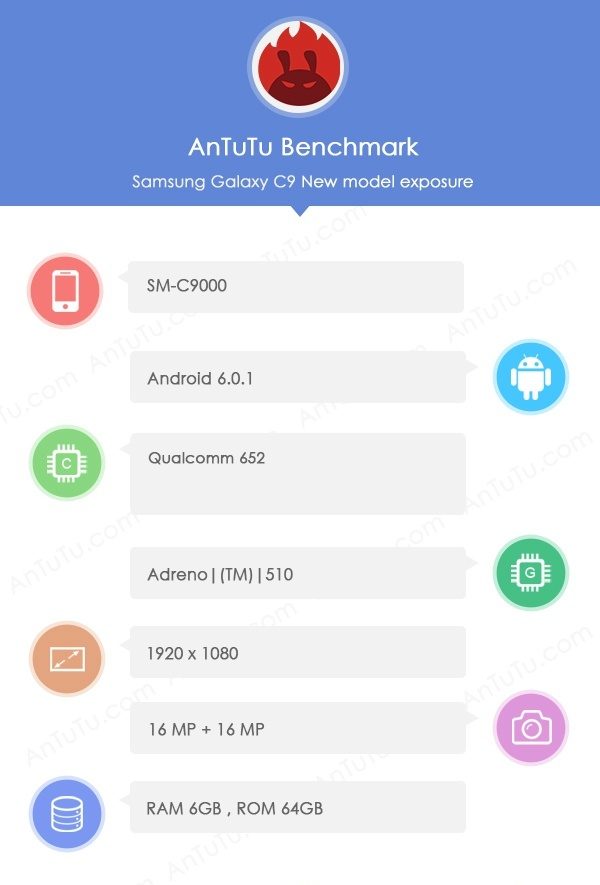 According to its AnTuTu listing, the Galaxy C9 is slated to sport a 5.7″ FHD display, a Snapdragon 652 SoC, 6GB of RAM, 64GB internal storage, 16MP main snapper, 16MP front-facing camera for selfies, as well as Android 6.0.1 running out of the box.

If rumors are accurate, then we can expected the Galaxy C9 to make its debut in October next month. Currently, Samsung is also prepping another upcoming On8 smartphone which is due to be released soon.