After launching the Galaxy M10 and Galaxy M20 smartphones earlier this month in India, Samsung has unleashed the Galaxy M30 mid-range phone in the country. It comes with a waterdrop-style notch screen, a massive battery and a triple camera unit. The new mid-range phones from Samsung will be rivaling with the likes of upcoming Redmi Note 7 and Realme 3 phones in the country.

The Galaxy M30 has arrived with an Infinity-V IPS LCD display of 6.38 inches. It carries support for full HD+ resolution and an aspect ratio of 19.5:9. The Galaxy M20 from Samsung is the first phone to feature the Exynos 7904 SoC. The same chipset is present under the hood of the newly announced Galaxy M30. 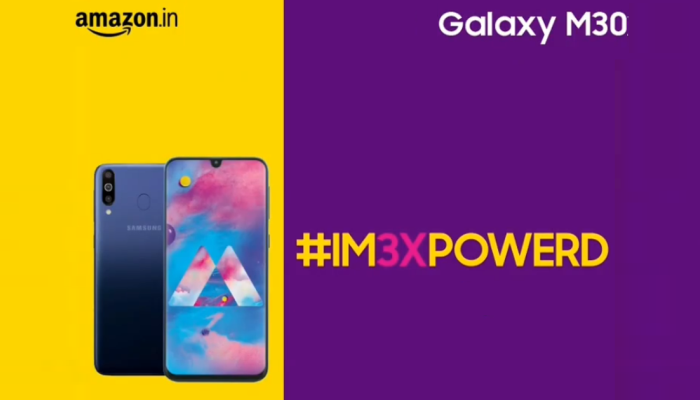 The Galaxy M30 features a triple camera unit on its back panel. It comprises of a 13-megapixel primary sensor that is supported by a 5-megapixel sensor and a 3-megapixel lens. For shooting selfies, it has a 16-megapixel selfie camera. The Android 9 Pie OS comes loaded on the device.