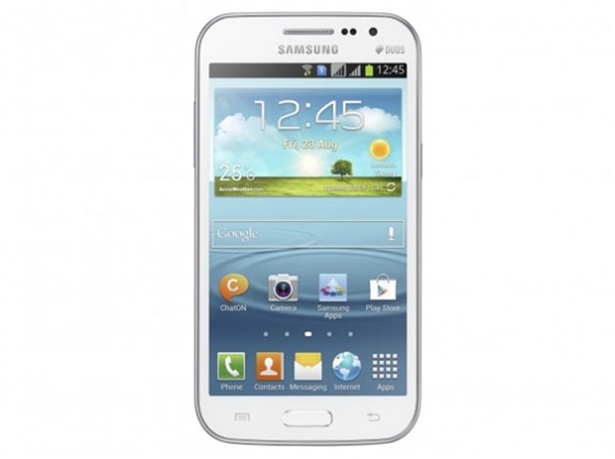 We have been hearing a lot about the Samsung Galaxy Win over the past few days, and today Samsung has finally decided to move ahead by making the device official. Although the Galaxy Win was initially rumored to be exclusive to the Chinese market, but Samsung has confirmed that the device will be heading to other countries as well. Looking at its middling specifications, we don’t expect this Galaxy S3 lookalike to come with a hefty price tag. Before we forget, here is a quick run-down for its specifications : 4.7-inch TFT display with 800 x 480 pixels resolution, 1.2GHz quad-core Snapdragon 200 8225Q processor, 1GB RAM, 5 megapixels rear camera, 0.3 megapixels front camera, 8GB internal storage, 2,000 mAh battery, as well as Android 4.1.2 Jelly Bean onboard.

We don’t know how true it is, but sources have revealed that the Galaxy Win will be coming with dual-SIM support for some countries – which we have no idea which countries they’re referring to. If you’re interested in getting this Galaxy S3 clone, stay with us for more updates in the coming days!

* Update – There are rumors that the Galaxy Win will be heading to the U.S. someday during May.

Source : The Next Web

App Of The Week : App Lock by DoMobile Lab