In September, the Sony H4233 smartphone had surfaced on GFXBench benchmarking site. Since it features a 6-inch display, the rumor mill had speculated that it could be the successor of the Xperia XA1 Ultra phablet that was launched earlier this year. The same model number with Sony Xperia XA2 Ultra moniker has been found listed on the website SIRIM, Malaysia’s product certification body. 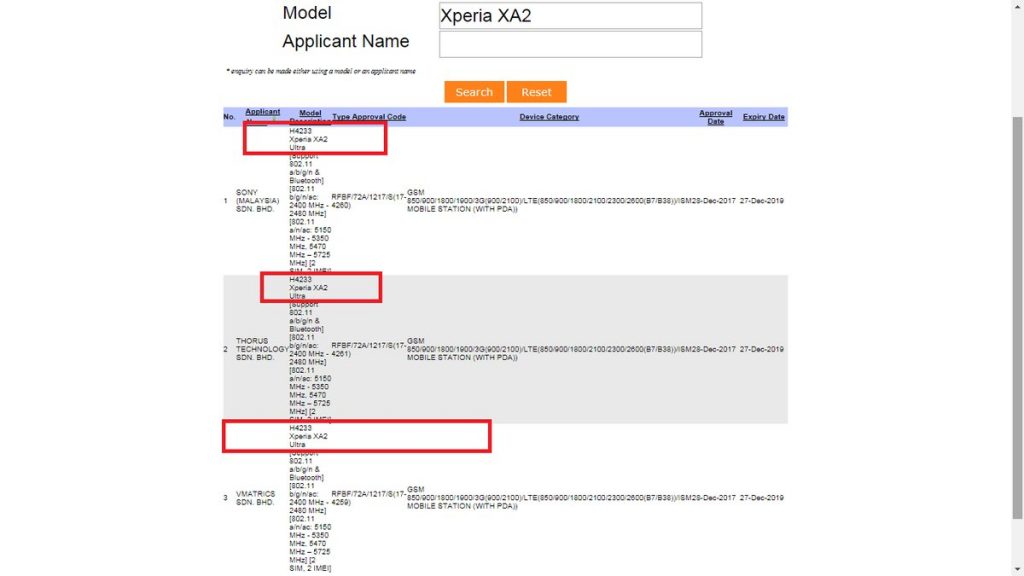 The above screengrab shows that the Sony H4233 model number belongs to the upcoming Xperia XA2 Ultra smartphone. According to its GFXBench listing, the 6-inch display of the phone supports full HD resolution of 1,920 x 1,080 pixels. It is powered by Snapdragon 630 chipset that includes Adreno 508 graphics. The SoC is coupled with 4 GB of RAM and an internal storage of 64 GB.

The rear side of the phone houses a 21-megapixel snapper whereas its front-facing camera is of 15-megapixel. Both the snappers support 4K video shooting. The handset is preinstalled with Android 8.0 Oreo. It appears that the Sony Xperia XA2 Ultra may get unveiled by Sony alongside the rumored Xperia XZ2 and the successor of Xperia XZ Premium at Mobile World Congress (MWC) 2018 event in February next year.

Xiaomi May Give Up Fingerprint Scanning on its Phones, New Smartphones to Feature Facial Recognition