An unreleased Sony phone with model number H8521 Pro-A has appeared on GFXBench. The high-end specs of the device suggest that it could be the upcoming flagship phone that will release in 2018. 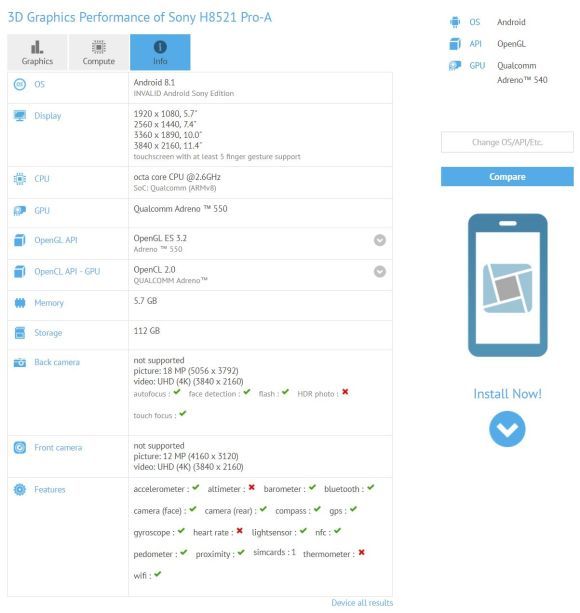 The smartphone is driven by 2.6 GHz octa-core processor by Qualcomm. It also features Adreno 550 graphics which indicates that the H8521 Pro-A may feature Snapdragon 845 chipset. The SoC is coupled with 6 GB of RAM and the device will include an internal storage of 128 GB.

It has a rear camera of 18-megapixel and a front-facing camera of 12-megapixel. Both the cameras carry support for UHD video shooting. The H8521 Pro-A models are also running on Android 8.1 Oreo.

Previous reports have revealed that Sony may ditch its OmniBalance design for its 2018 smartphones. It is speculated to launch smartphones with bezeless design in the coming year.