After the announcement of the Surface Pro 6 and Surface Laptop 2 with a black appearance, Microsoft did not add the black appearance option to the new Surface Studio 2 but upgraded both the screen specifications and the hardware design. 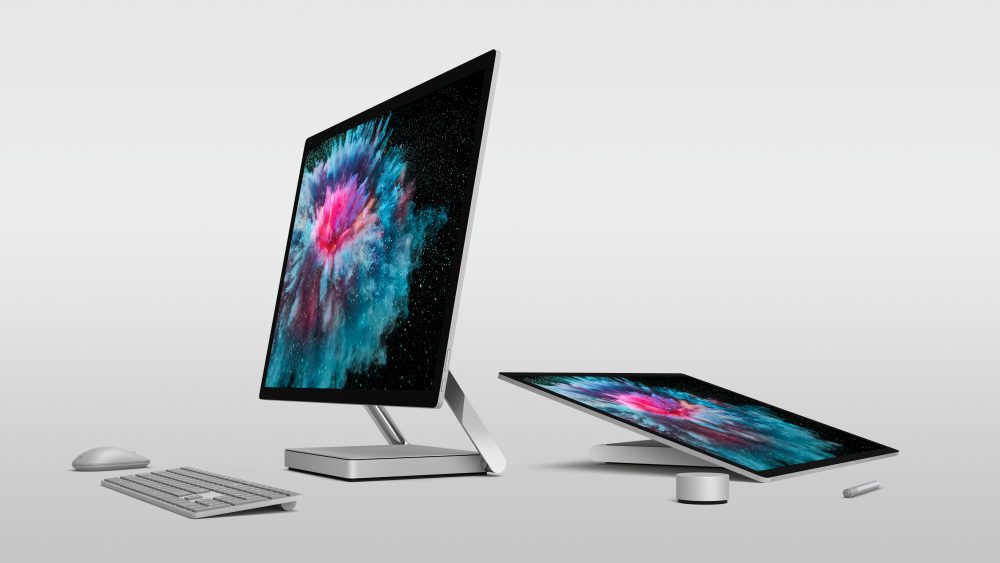 The screen appearance is basically not much different from the first generation of Surface Studio, but its brightness increased by 38% while its display contrast increased 22%. According to Microsoft’s instructions, the most important use of the new LCD panel and new oxidation crystal technology is its improved display., The display performance is improved, and it also conforms to the DCI-P3 color gamut display. The body can also be erected, lie flat, or used at different angles through special mechanisms.

The processor is replaced with Intel’s 8th generation Core I series and it is also equipped with a 2TB SSD storage option. The display card is NVIDIA’s previously introduced Pascal architecture GPU, while the screen pressure sensor supports 4096 steps. It is fully compatible with Windows Ink technology applications, as well as support for Surface Pen and Surface Dial. As for the pricing, there was a bit of debate as to how Microsoft would like to sell this device. However, the new Surface Studio 2 is priced at $3,499 and will be available for pre-orders from now on. It is expected to be available for direct sales from November 15.