MIUI 10 is Xiaomi’s new operating system on top of Android which was released on May 31st in Shenzhen alongside some devices like the Xiaomi Mi 8 and Mi Band 3. As of now, 40 Xiaomi models now have this update (including the 11 models that was added today). The company had earlier promised to release this update two weeks earlier but that didn’t happen. Xiami is in the habit of taking good care of its devices and looking at the list of devices scheduled for this update, you will notice that a bulk of them is at least two years old with the likes of Xiaomi Mi 4 been four years old. The devices to get this update include 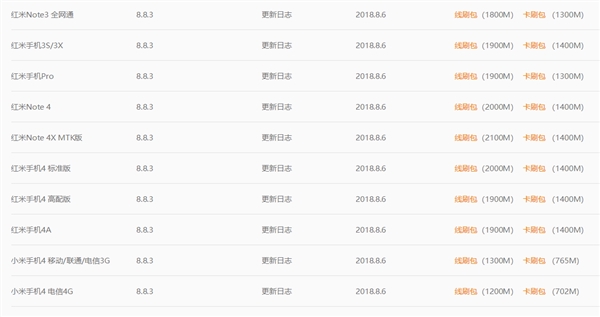 MIUI 10 system is based on AI deep learning and it launches apps in a split second. This system optimizes operations, adds full-screen gestures and users can now seamlessly slide back to the desktop, or slide up and to the multitasking interface.

Users with MIUI 6, 7, 8, or 9 development version can simply go to “Settings” ? “My Device” ? “MIUI Version” and upgrade online. While those with stable version needs to download the upgrade package from HERE.