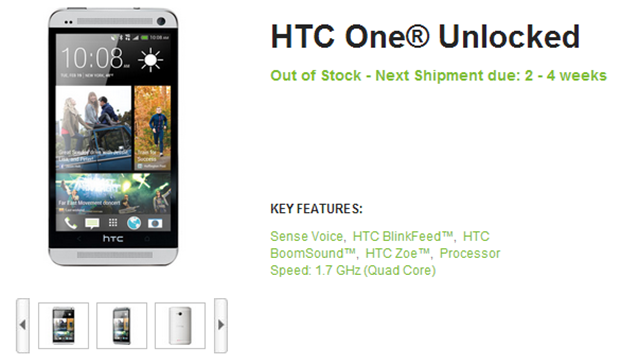 We thought this happens only to Google Nexus 4, but apparently it happened to HTC One as well. Just hours after HTC put up the unlocked 32GB HTC One for sale on their online store, it went out of stock. What’s worse is that you will have to wait for another 2 – 4 weeks for another batch to arrive. As expected, the unlocked HTC One will come at a price of $574.99, which is around $75 cheaper than the Developer’s Edition.

Nevertheless, most major retailers will also be carrying the unlocked HTC One so you can also consider purchasing from them if they provide a better deal for you.