If you’d been following the news, then you should’ve heard that Vivo is currently prepping a high-end Android smartphone dubbed as the Vivo Nex which is slated to be unveiled in a couple of months time. 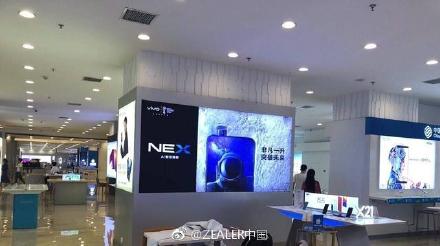 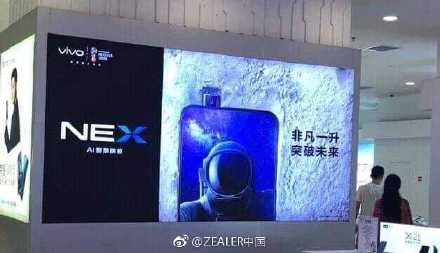 Right now, the device had been spotted in an official promotional poster in of Vivo’s own flagship store in China. As expected, the promotional poster shows a fullscreen display with a pop-out selfie cam located on the top-left of the device. Similar to the Vivo X21 flagship, the Vivo Nex will also be coming with an under screen fingerprint sensor instead of the traditional fingerprint sensor which is typically embedded in the Home button, or at the device’s rear chassis. 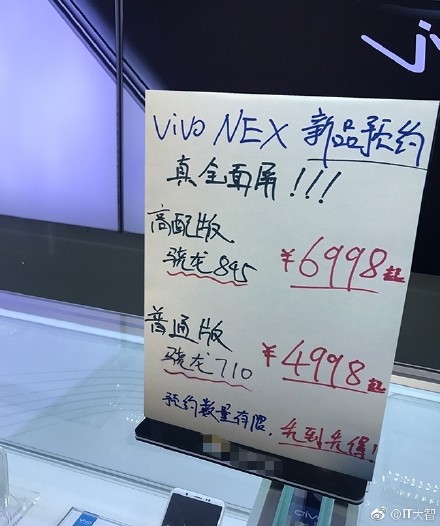 Aside from that, the pricing of the upcoming Vivo Nex had also been allegedly leaked, revealing that the device will be available in two different versions, with the Snapdragon 710 model costing 4,998 Yuan ($779), and the Snapdragon 845 model coming with a price tag of 6,998 Yuan ($1090). However, judging by its incredibly high prices, we do believe it is likely to be fake so just take this with a pinch of salt.

Whatever it is, the Vivo Nex is expected to make its official debut during an official event held in China on June 12th.