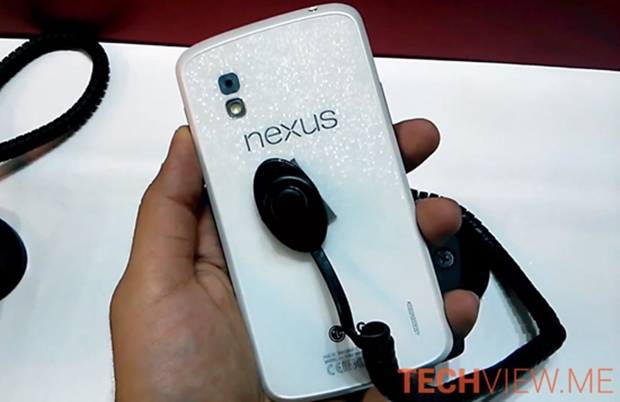 Thanks to the folks at TechView, we’re now able to have a look at the upcoming white Nexus 4 which is rumored to be released soon after the Google I/O this week. According to them, the white Nexus 4 was apparently spotted at Qualcomm’s booth at a tech event held in Dubai. We’ve no idea why, but although it’s white on the back, the front remains black like the original Nexus 4 – but still it looks pretty nice to us. What’s disappointing is that the white version will come with the exact similar specifications as the original Nexus 4 – which we’re initially hoping that it’ll come with an improved specs onboard.

Anyway, there are also rumors that Google will be officially launching the white Nexus 4 during the Google I/O this week, along with the 32GB Nexus LTE. We’ll have to wait for Google’s announcement to find out more about the white Nexus 4, so in the mea time, check out the hands-on video on the white Nexus 4 below!