On July 19th, Xiaomi will hold a new product launch conference, where it is expected to officially release the new highly anticipated phablet, Xiaomi Mi Max 3.  The major plot of this phablet is its huge display and the long battery life just like other devices in the Max series. There has been a lot of fuss regarding the arrival of this device and according to previous exposure information, Xiaomi Max 3 uses a 6.9-inch display with a resolution of 2160×1080 and a screen aspect ratio of 18:9, which makes it the largest screen of a mobile phone in the industry. In terms of battery life, the Xiaomi Mi Max 3 is equipped with a 5400 mAh battery, which is slightly improved compared to the previous generation, Xiaomi Mi Max 2 which comes with a 5300 mAh. 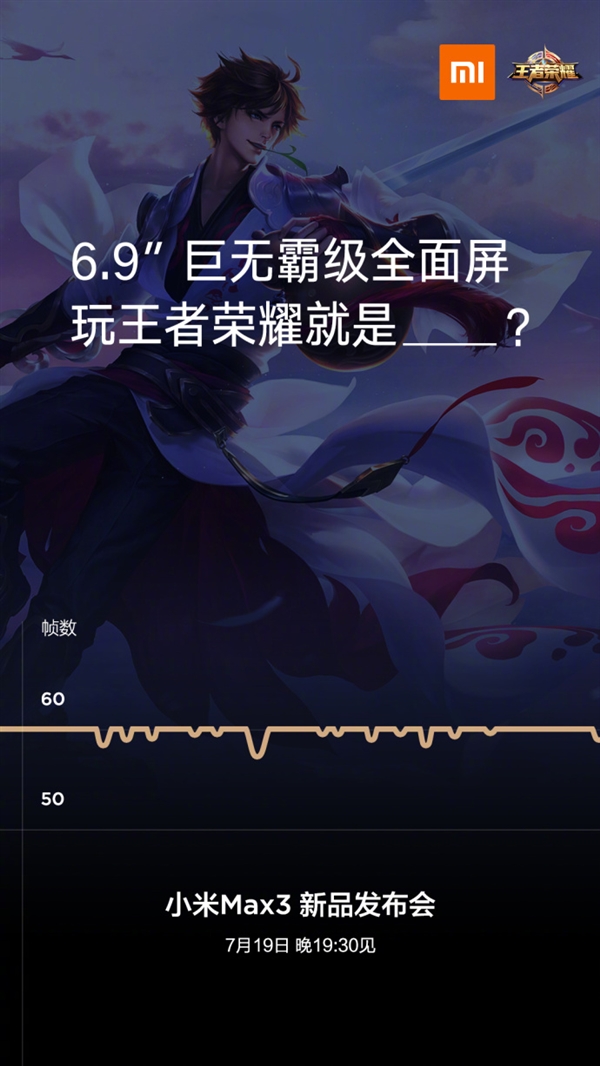 This morning, the official Weibo handle of released the Max 3 latest publicity poster, with the caption “6.9-inch giant screen full screen, playing the Glory of the King is __” (translation comes with some errors).  From the image, you can see that the Xiaomi Mi Max 3 supports a high frame rate when playing the “Glory of the King” game. The frame rate is stable around 60 frames, and the fluctuations are small. According to the previous speculations, it may be the Snapdragon 636 processor. With a large and comprehensive screen, plus long battery life, coupled with excellent performance, Xiaomi Mi Max 3 can be said to be the artifact for gaming.