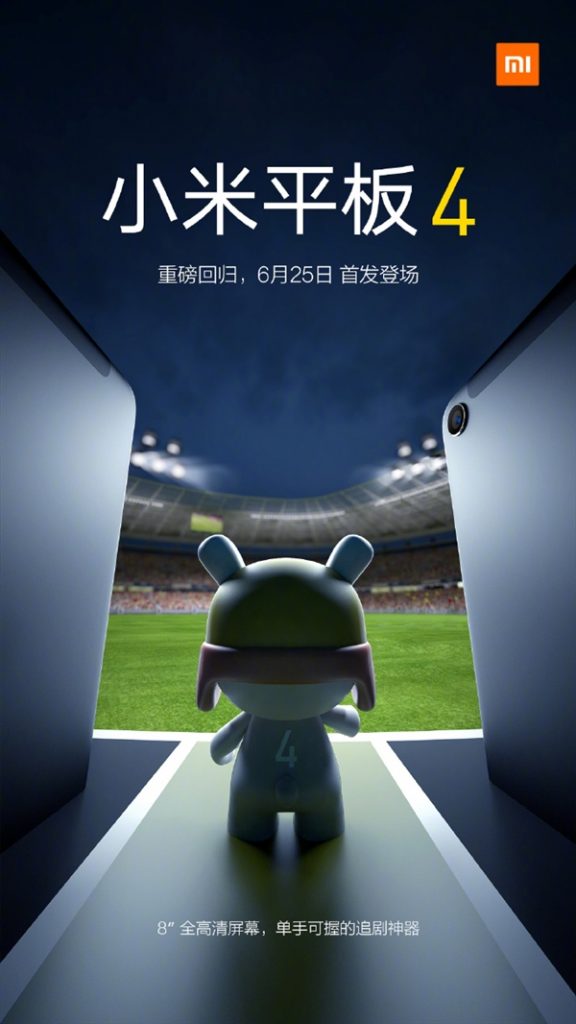 Today, through the official Weibo account, Xiaomi has confirmed that it will be launching the Mi Pad 4 tablet on coming Monday. The device is expected to house a 7.9-inch LCD display that will carry support for Full HD resolution. There is a strange rumor that claims that the screen may offer an aspect ratio of 18:9.

Leaked firmware files have revealed that the Xiaomi Mi Pad 4 will be fueled by Snapdragon 660 chipset. It will be receiving power from 6,000mAh battery that is likely to carry support for 5V/2A (10W charging). For shooting photos, it will be featuring a 13-megapixel rear camera and a front-facing camera of 5-megapixel. The Mi Pad 3’s successor will be launching with Android 8.1 Oreo.