During a recent press conference, Huawei had confirmed that the upcoming Huawei Nova 3 will go official on July 18. The handset has been recently certified by TENAA through which its entire specifications have been revealed. Today, the company has released a new teaser of the smartphoneon its Weibo channel to reveal its design. 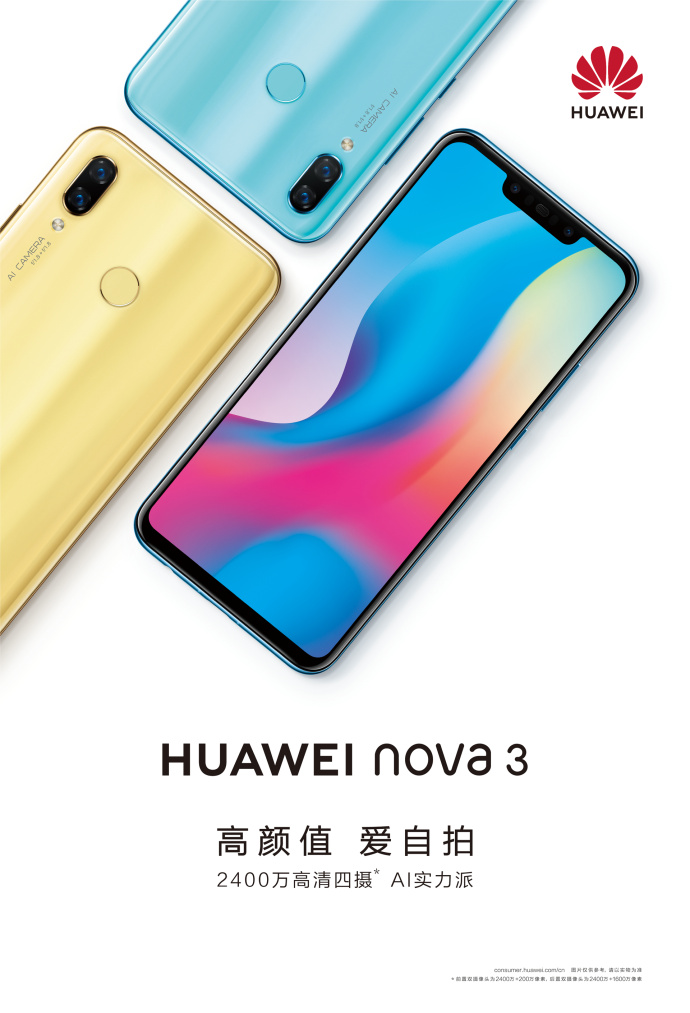 As it can be seen in the above poster, the Nova 3 will be arriving in at least two colors like light blue and gold. The rear panel of the smartphone seems to be made out of glass. The frontside sports a notched display design. The notch of the Nova 3 seems to be bigger than the one found on the Huawei P20 series. The reason behind it is that the Nova 3’s notch features dual front-facing cameras apart from other sensors and earpiece. The back panel of the phone is also decorated with dual cameras.

Apart from confirming that one of the camera sensors of Huawei Nova 3 is of 24-megapixel. Also, AI will play a vital role while shooting photos on Nova 3. The other features of the phone include 6.3-inch FHD+ display, 2.36 GHz octa-core processor, 6 GB of RAM, 64 GB / 128 internal storage, 16 + 24 megapixel dual rear camera, 24 + 2 megapixel dual front camera and 3,650mAh battery.

Honor Note 10 Has Been in Works Since Past 2 Years, Says Zhao Ming