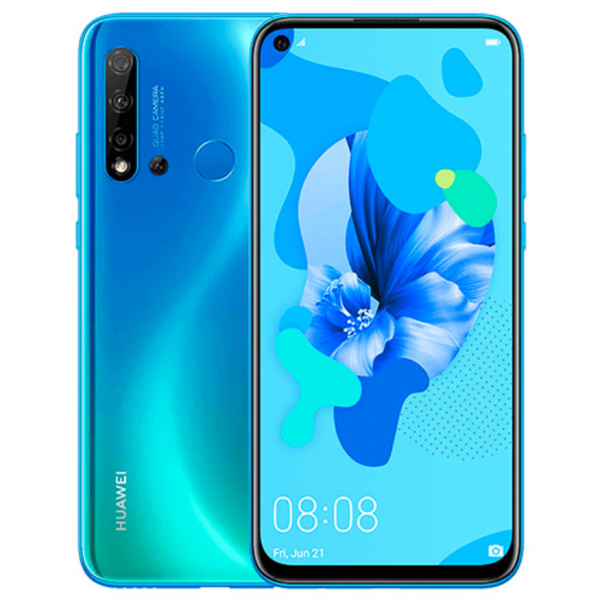 The Huawei P20 Lite is the rebranded version of the Huawei Nova 5i which was announced back in June 2019. As its name suggests, the P20 Lite is the most affordable handset in the P20 family due to its toned down specs. The device comes with a 6.4-inch LTPS IPS LCD display with 1080 x 2310 pixels screen resolution and an impressive 84% screen-to-body ratio.

The Huawei P20 Lite is powered by Huawei’s in-house HiSilicon Kirin 710 SoC alongside 4GB of RAM and 64GB/ 128GB internal storage space in its memory compartment. Moving on to its camera, the device sports a quad-camera setup on its rear chassis which comprises of a 16MP (f/1.8 aperture) main snapper, an 8MP ultrawide angle sensor, a 2MP (f/2.4 aperture) dedicated macro camera and a 2MP (f/2.4 aperture) depth sensor. On its front panel, there is a punch hole located on the top-left corner which houses a 16MP (f/2.2 aperture) selfie camera.

In terms of software, the Huawei P20 Lite runs on the EMUI 9.1 based on Android Pie. A massive 4,000mAh non-removable battery is available under the hood to support hours of entertainment on the go. For those who’re interested, the device will be available in 3 color options including Midnight Black, Crush Blue and Charming Red.