After so much leaks and rumors engulfing the highly anticipated Oppo R11, the Chinese company has finally revealed its announcement date which will be set for June 10th next month. 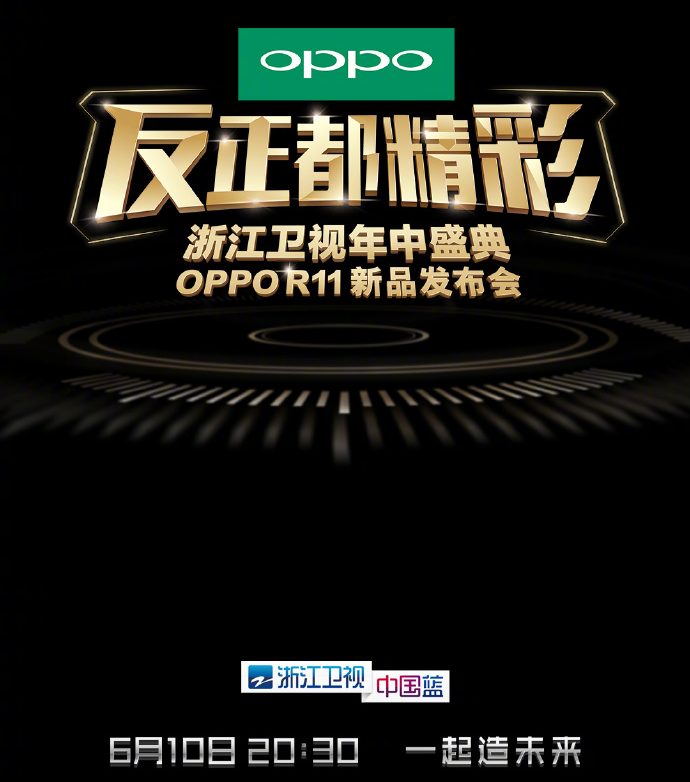 Apart from the unveiling date, the company has also released a duo of video commercial for the upcoming flagship which shows off the device at all angles. Even though the commercials are in Chinese, but it’s pretty clear that both of them are emphasizing on the device’s camera superiority of having a 20 megapixel front and back camera sensors.

Recently, the Oppo R11 was also listed on Chinese TENAA authority which revealed most of its key specs along with a couple of blurry shots of the device. According to the listing, the new flagship is expected to sports a 5.5″ FHD AMOLED display which will be powered by a Snapdragon 660 SoC along with 4GB of RAM and 64GB internal storage space under its memory compartment. Camera-wise. its main snapper consists of a pair of 20MP+16MP camera sensors which will be accompanied with a 20MP front-facing camera as mentioned earlier. A 2,900mAh powerplant will be available to keep its lights on for a sufficient amount of time.

Currently, it still remains a mystery whether the Plus version will be announced during the launch event.

OnePlus 5 confirmed to be coming with Snapdragon 835 SoC

OnePlus 3T to be discontinued soon…