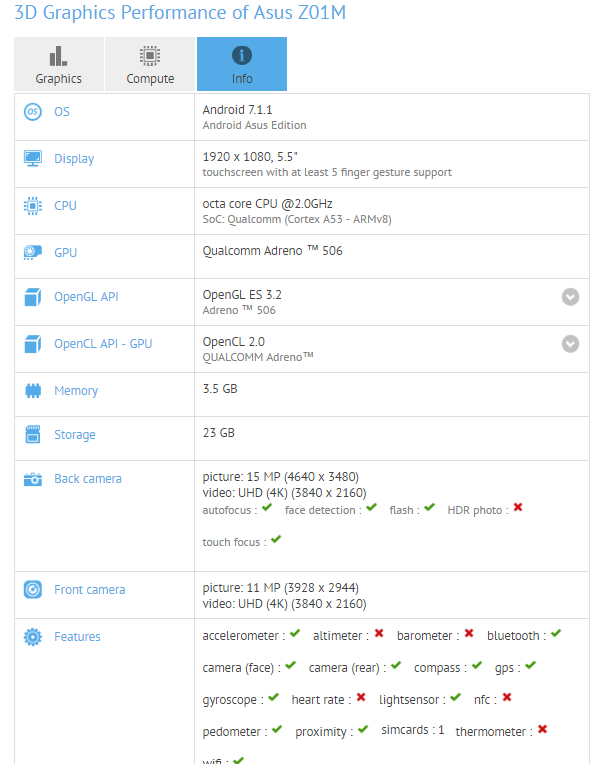 According to GFXBench, the ZenFone 4 has a 5.5-inch full HD screen that offers a resolution of 1,920 x 1,080 pixels. It is powered by a 2.0 GHz octa-core processor that is coupled with Adreno 506 graphics which suggests that the phone will be driven by Snapdragon 625 SoC. It will be coupled with 4 GB of RAM.

The native storage of the Asus Z01M is 32 GB. Its main camera is mentioned as 16-megapixel. The selfie centric phone will be fitted with a front-facing shooter of 12-megapixel. Both the cameras will be carrying support for Ultra HD 4K resolution video shooting. It will arrive loaded with Android 7.1.1 Nougat. Fresh information suggests that the ASUS ZenFone 4 series will be launched at the end of July. Hence, the ZenFone 4 Selfie is also pegged to get unveiled next month.