Earlier today, we just got hold of another juicy leaked image featuring the upcoming iPhone 7 plus. In fact, this image showcase a PowerPoint slide which give us some heads up of what to expect from the 7 Plus. We’re not sure about its credibility, but this image was purported to be taken during an official Foxconn symposium earlier this morning. 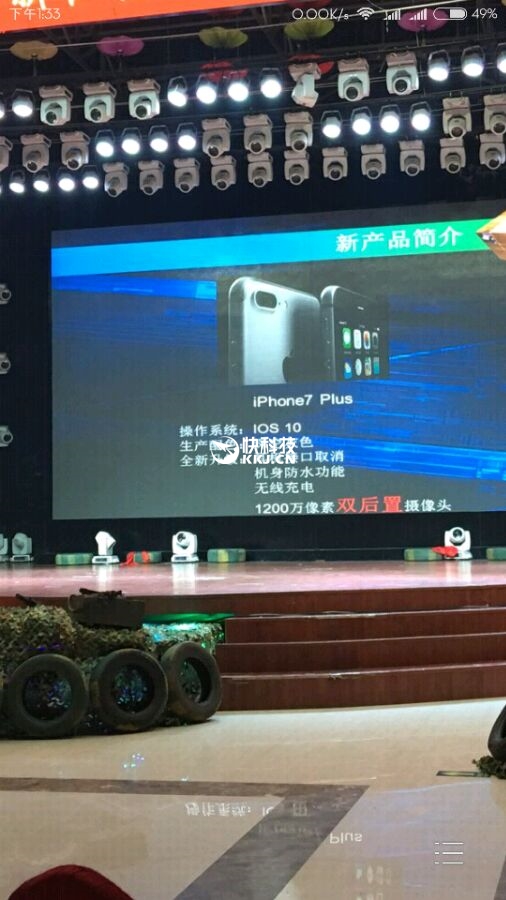 Here is the key features highlighted by the slide in chronological order:

New improvements : No headphone jacks, Water resistance feature, Wireless charging, as well as a 12MP dual-camera at its rear.

Judging by the reflection of the slide at the bottom of the image, it seems like this image is hardly any form of photoshopped image and its specs list seems to tally with some of the leaked details we already had.

Thanks mingxuan for the tip!