Even though earlier rumors had claimed that the upcoming Honor 9 smartphone will be unveiled on June 20th/ 21st in China, an alleged press invite for its launch event leaked earlier today seems to suggest otherwise. According to the newly leaked invite, the Honor 9 will be announced in Shanghai on June 12th, two weeks from now. 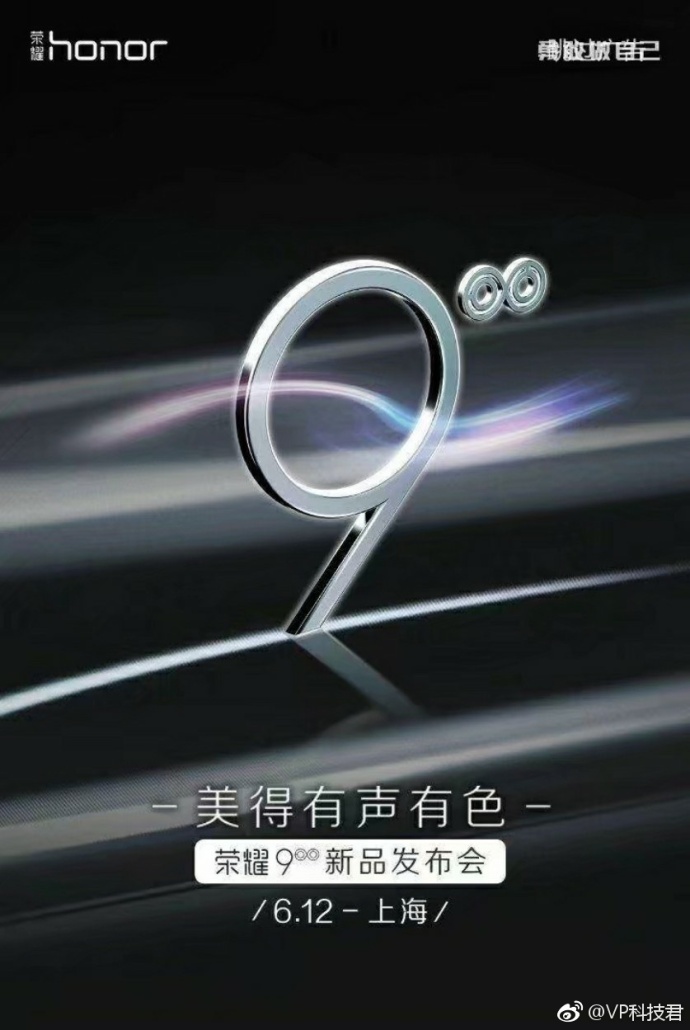 Given that the Honor 9 had already been certified by Chinese TENAA authority, it isn’t surprising that the device could be unveiled earlier than expected since all the necessary hurdles had already been settled by the company. That being said, we still got to keep in mind that the invite doesn’t came directly from the company so there is some chances that it could be fake after all – so let’s just take it with a pinch of salt.

According to its TENAA listing, the Honor 9 is expected to feature a 5.15″ FHD display that runs on a Kirin 960 SoC along with 4GB of RAM as well as 64GB internal storage space under the memory compartment. Although not mentioned in its listing, but rumors have it that the device could also be equipped with a 20MP+12MP dual-camera setup at the back and a 8MP front-facing camera.

Just in case you’re interested, you can head down here to check out the latest set of alleged renders of the upcoming Honor 9 in a varieties of different hues.