Just yesterday, we just reported about a new rumor emerging out of China which seems to be suggesting that Xiaomi is currently prepping a new Redmi Note 4X mid-ranger which is slated to be released early next year. 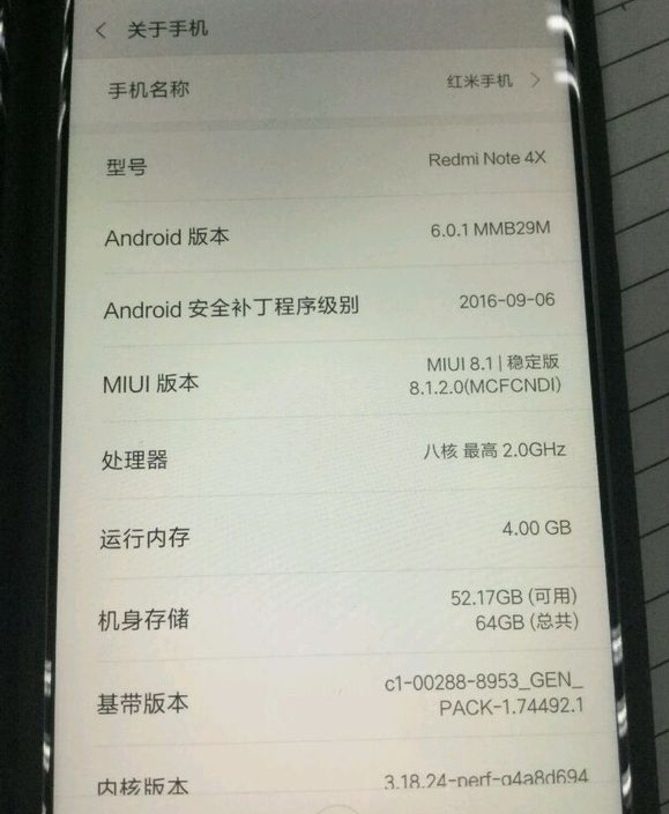 Today, an alleged live images of the device had been leaked as well, showing us the About Phone section of the device which revealed some of its key specs. According to the image, the device seems to be running on a Snapdragon 653 SoC along with 4GB  of RAM and 64GB native storage under its memory compartment –  which is exactly what was rumored earlier on.

While then live images doesn’t exactly show us the entire front panel of the Redmi Note 4X, but it is quite obvious that the device will be featuring a relatively thin benzels as well. Whatever it is, do take these rumors and leaks with a pinch of salt until there are official words from the Chinese manufacturer.