The Meizu M5 Note, which has been slated to be unveiled on December 6th next week, has already been listed on Chinese online retailing giant JD.com ahead of its official unveiling. 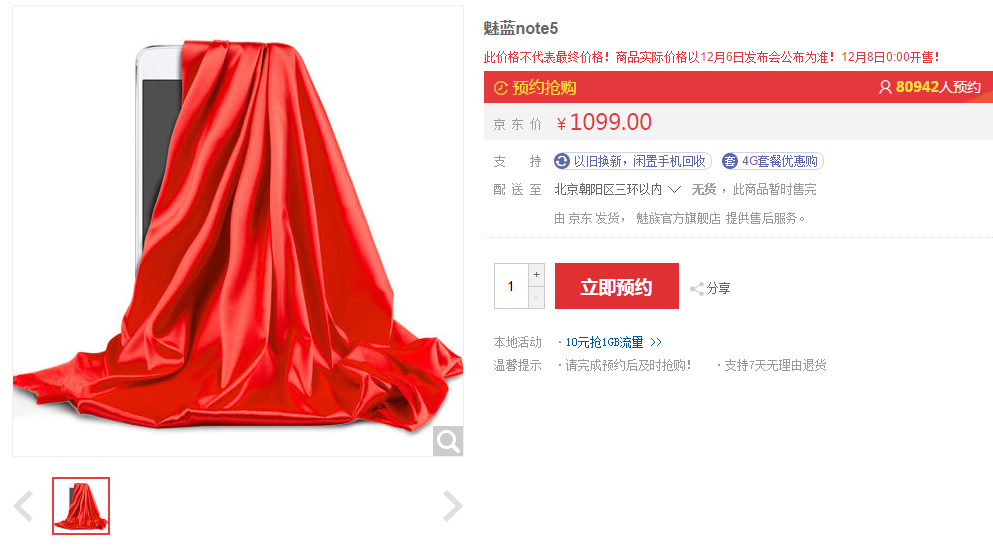 The listing also shows a price tag of 1,099 Yuan (~$160) for the M5 Note, and has already fetched more than 80,000 registrations even before it has been made official by the Chinese company.

According to the rumor mill, the Meizu M5 Note is expected to come with a 5.5″ HD display powered by a Helio P10 SoC along with 3GB of RAM and 32GB native storage under its memory compartment.

According to Meizu, 20 million devices from the Note series has been shipped so far, crowning it as one of the most successful series from the company so far. Just a few days ago, the company has also unveiled the Pro 6 Plus as well as the Meizu M3X.