Since the beginning of this year, plenty of information of the Moto G6 series have been revealed by the rumor mill. Compared to Moto G6 and G6 Play, the G6 Plus will be arriving with more advanced specs and features. A new leaked image of the G6 Plus shows that it will be arriving in multiple color options.

As it can be seen in the above image, the Moto G6 Plus will be available in colors like Silver, Gold, White, Blue and Cyan. The handset will be offering a design that is quite similar to the Moto X4 from last year. The G6 Plus will be wearing a glass and metal combination chassis. The rear side of the phone houses a round-shaped camera module that includes a dual camera setup and its dual-LED flash. 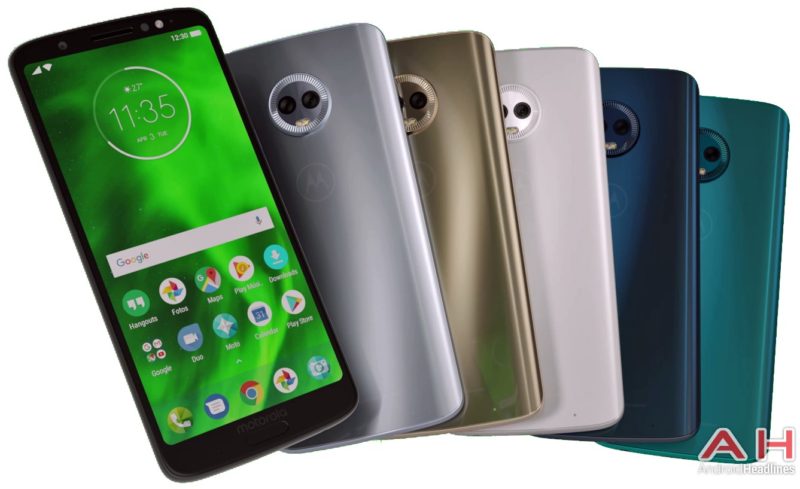 The Moto G6 Plus will be arriving with a full screen design as it is rumored to feature a 5.93-inch display that will support FHD+ resolution. Below the display is the slim home button that is embedded with fingerprint reader. The branding of the company is also placed on the chin of the device.

The Snapdragon 630 chipset is likely to power the smartphone. It is expected to arrive in up to 6 GB of RAM and 64 GB of storage. It will come loaded with Android 8.0 Oreo and it is rumored to be fueled by 3,250mAh battery.