Vivo has recently stunned the world by launching the X20 Plus UD as the world’s first smartphone with under-display fingerprint scanner. The rumor mill has already revealed that the company is working on Vivo X30 smartphone that will be sporting an iPhone X-like design with a notch on its top bezel. A leaked photo of an unknown Vivo phone has appeared on Weibo, China’s microblogging site. The image suggests that the smartphone will be sporting a screen-to-body ratio of almost 100 percent.

The leaked image shows that the upper and side bezels of the phone are quite thin whereas the bottom bezel is slightly thick. Since the company has already launch an under-display fingerprint reader phone, the mysterious smartphone may also feature in-screen fingerprint sensor. 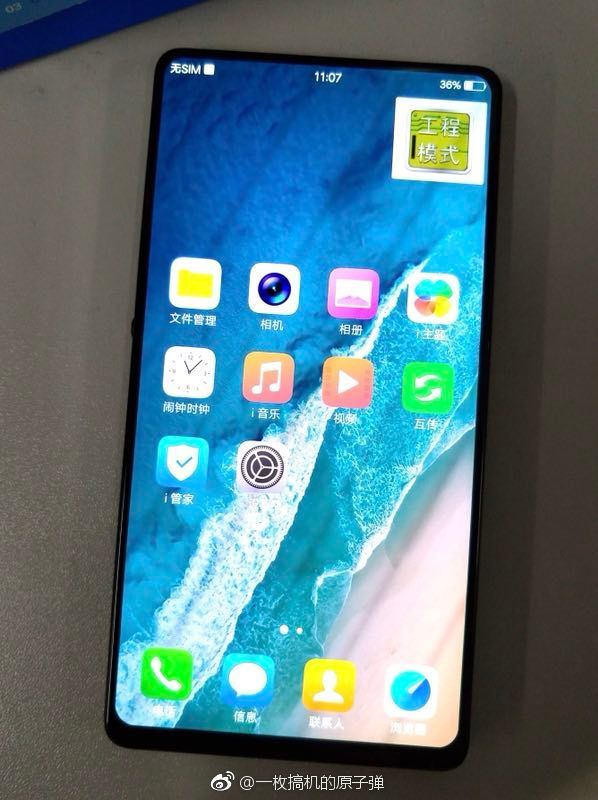 It is too difficult to guess the placement of the selfie camera as upper and side bezels are not thick enough to house it. Also, the selfie camera is not visible on the bottom bezel. The earpiece of the phone could be embedded under the display.

It is too early to confirm whether such a Vivo phone exists or not. More details on this mysterious phone may surface in the coming weeks. Share us your views on the design of this unidentified Vivo phone by commenting below.

Real Meizu E3 Seems to Have Appeared in Leaked Images, Likely to Cost Around $200 Yuan