With less than 2 days before the Nokia 6 embark on its first ever flash sale, registrations for the device has already nearly hit the 1 million mark setting up the first-ever major milestone for the HMD-owned company. 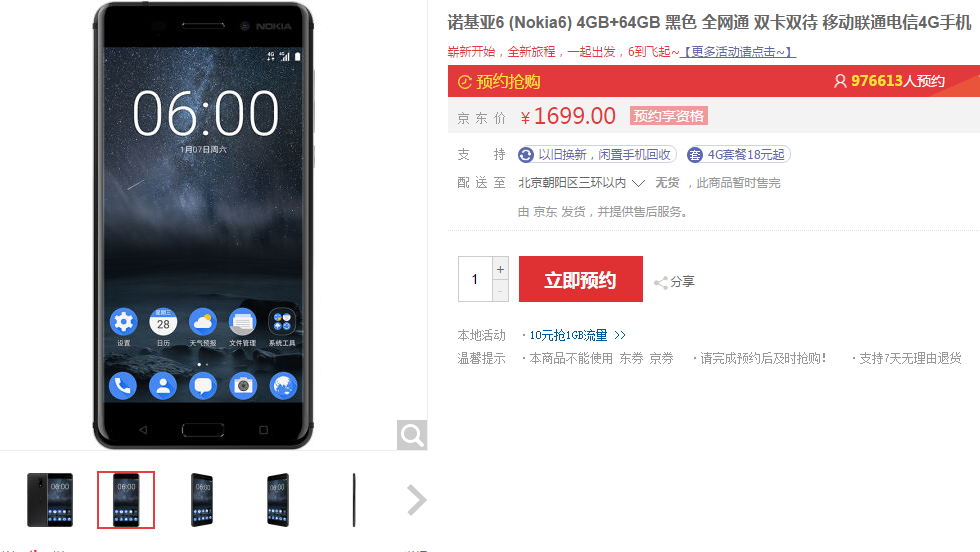 Currently, the device is only available for purchase via JD.com in China which has listed the device with an affordable price tag of just $245. Sad to say, its flash sale is only limited to the Chinese market as the retailer doesn’t offer shipments out of the country. Even though there have been rumors that the Nokia 6 could be announced in other market outside of China, but HMD has remained tight lipped about its possibility so far.

Whatever it is, we’re pretty certain that the upcoming Nokia 8 slated to be unveiled in the coming MWC 2017 event will definitely be meant for the international market. Stay tune for more updates on February 27th if you’re a diehard fan of Nokia!