We’d already heard that Nubia will be holding an official launch event on October 12th later this month. However, there isn’t any concrete information on the smartphone that will be unveiled during the launch event. 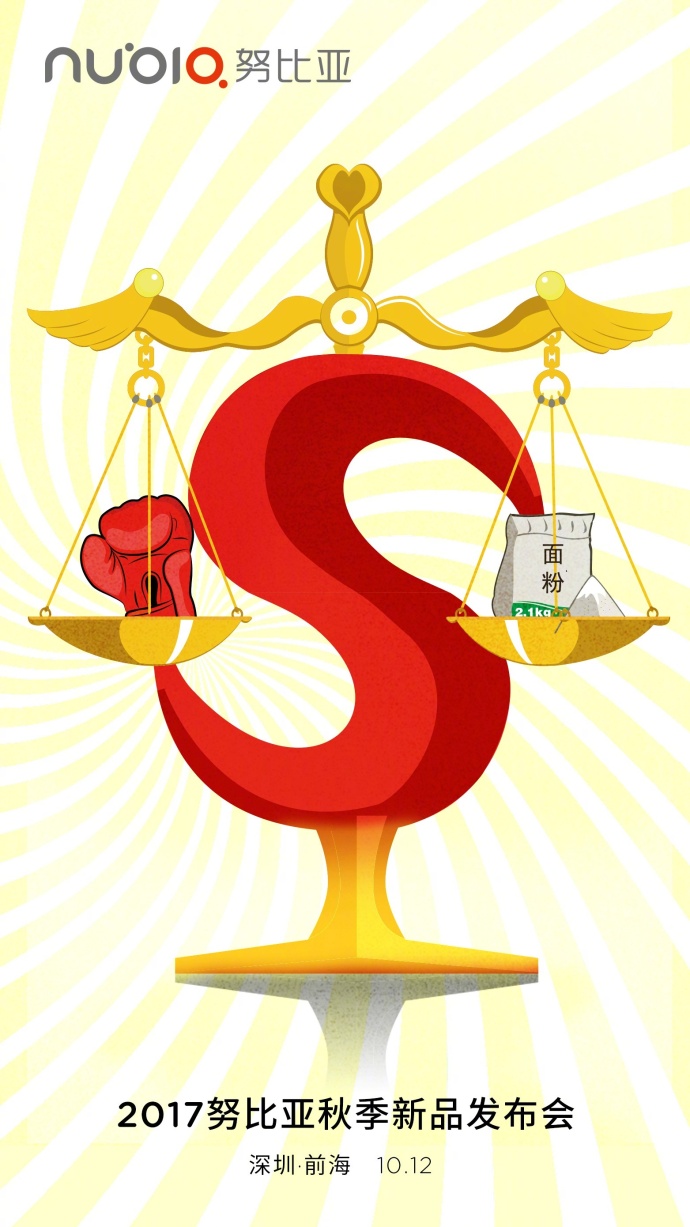 However, that doesn’t seems to be the case anymore. Earlier today, Nubia had released an official teaser for their upcoming handset which shows a letter ‘S’ at the middle – hinting that the star of the launch event could indeed be the Nubia Z17s just like what rumors have been suggesting so far. Similarly, the number ‘2.1’ in the teaser added even more credence that the smartphone would be the Nubia Z17s as the Chinese company had previously touted that the handset will be featuring a full screen 2.1 design which gives the device a true bezel-less display.

Needless to say, the Nubia Z17s will be competing head-to-head against the likes of other Chinese-made flagships including the Xiaomi Mi Mix 2 as well as the newly released Vivo X20.  Hopefully we’ll get to know more about the device official specs after it became certified by the Chinese TENAA authority in the coming days.

In case you’d missed out, there is also an alleged live shot of the Nubia Z17s that had been leaked out yesterday.