It seems like ZTE had did it once again! During their first official flash sale for the Nubia Z11 back in July 6, the device went out of stock 2 hours after the sale went live. Today, the Chinese smartphone giant had replicated their success with an average of 25.3 devices being sold every seconds.

Even though Nubia’s co-founder Ni Fei previously tweeted that the company the company has been busy prepping up more stocks for today’s flash sale, but it seems like they have to work even harder after today’s situation. 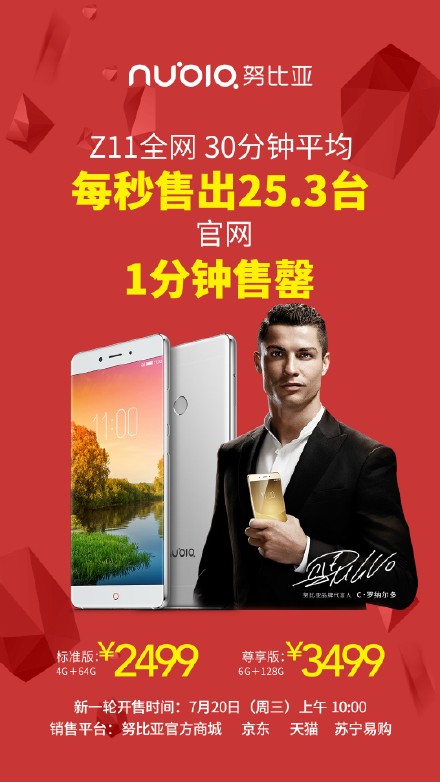 According to the company, the third round of flash sale will commence on July 20th, while the registrations will begin from July 13th to July 19th. For those interested, the device will cost RMB2,499 (~$374) for the stock version as well as RMB3,499 (~$524) for the exclusive version.

What to expect from the upcoming iPhone 7 Pro

Alleged iPhone 7 earphone with lightning connector has been leaked