Back in June last year, Oppo took the wrap off their limited OPPO R9 FC Barcelona Edition to celebrate its ongoing partnership with the Catalan football club. Right now, it seems like their newly released OPPO R11 will be receiving this special treatment as well after the Chinese company begin sending out a press invite for their August 8th launch event which has both OPPO and Barcelona’s logos imprinted on it. More specifically, the invite also affirmed that the event will be related to the OPPO R11. 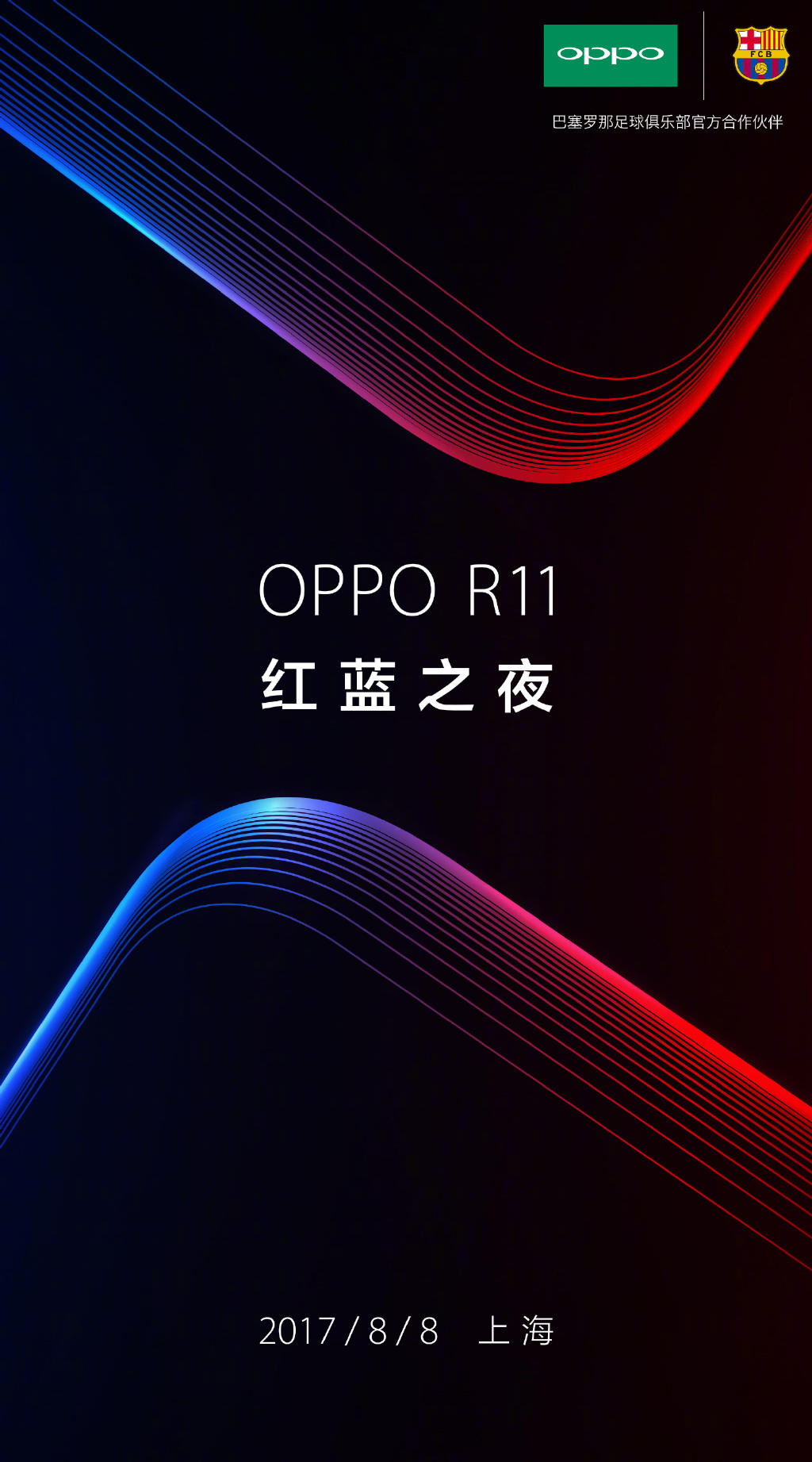 Although no much details were revealed on the press invite itself, but we do expect the device to sport a similar specs sheet as the current model except with a slightly more hefty price tag. That’s because the package itself will prolly be bundled with some exclusive goodies like the limited edition FCB phone casing. Akin to the OPPO R9, the upcoming OPPO R11 FC Barcelona Edition is expected to come with a exquisite FCB-themed UI and is most probably dressed in a Reddish and Bluish hues.

Before you get too excited, bear in mind there is only 10,000 of such units available last year and we do expect to see the same number for this year as well.