Recent reports have revealed that Samsung is working on smartphone such as Galaxy A30, Galaxy A50, Galaxy A70 and Galaxy A90. Today, the Galaxy A40 has appeared on Geekbench to reveal some of its key specs.

On Geekbench, the Samsung SM-A405FN has appeared with 1319 score in the single-core test and 3976 score in the multi-core test. The Exynos 7885 chipset powers the phone along with 4 GB of RAM. The handset is loaded with Android 9 Pie OS. These specifications suggest that the Galaxy A40 will be a mid-range phone from the company. 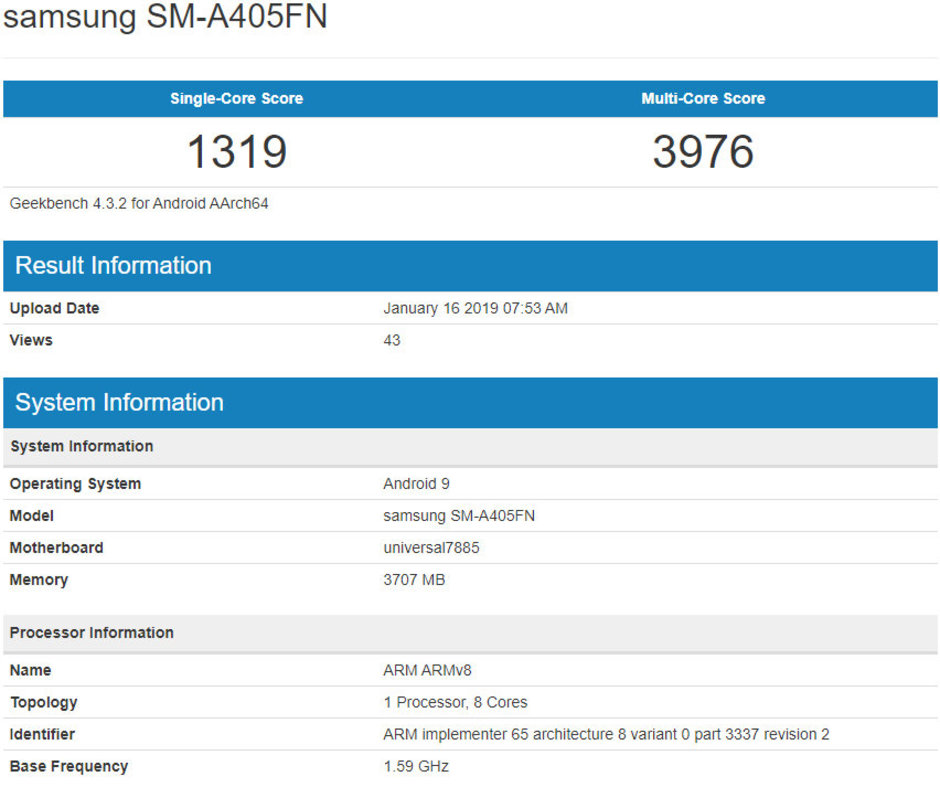 According to Galaxy Club, the Galaxy A40 will be arriving with an AMOLED display. It will be borrowing some specs from the unreleased Galaxy A50 smartphone. Like the A50, the newly spotted A40 phone features a 24-emgapixel camera and a 4,000mAh battery.

Samsung will be releasing the Galaxy A40 smartphone in multiple markets such as the U.K, France, Germany, Poland, Netherlands and Scandinavia. There is no information available on the cost and launch date of the smartphone. The Galaxy A40 and Galaxy A50 phones are also expected to release in the U.S. with different names through carriers.